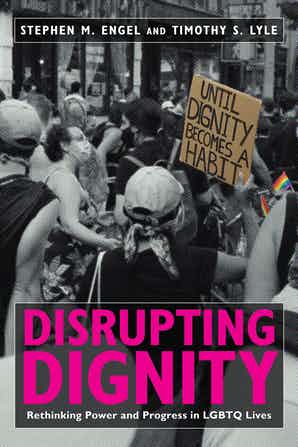 Author, Stephen M. Engel, Professor of Politics at Bates College, discusses his book, Disrupting Dignity: Rethinking Power and Progress in LGBTQ Lives, which he co-authored with Timothy S. Lyle. Assistant Professor of English at Iona College.
Dignity has become a critical cornerstone of how we understand and advocate for LGBTQ+ rights and equality, but what do we mean by dignity. The book examines how dignity has been deployed, who has done so and to what effect across three domains: politics around public health, pop culture (with an examination of the 2018 film Love, Simon and the current FX tv series, POSE), and constitutional law. We find that dignity–far from a fundamentally good thing–eludes precise definition and thereby becomes a powerful tool for those in charge–politicians, judges, creators of culture–to draw lines as to who counts and who does not, who is valued, and who is not, etc. Deploying or invoking dignity in these three settings can normalize or naturalize certain ways of being in the world and thereby mark other perspectives, behaviors, or practices as illegible at best or dangerous at worst.

We  often think of dignity as a status–as something we have–that demands respect for our autonomy or individual freedom. To have dignity, then, is to have one’s choices respected. But even respect is a slippery term. Sometimes the Supreme Court has used dignity to connote respect for choice even if we disagree with it. But, sometimes–particularly in the marriage equality decisions–dignity is deployed by the Court majority to mean respectability, or the idea that dignity is a status that one earns or can be invested with for engaging in behaviors that other people consider worthy. Here dignity might mean a standard that one should live up to (to be dignified). But, crucially to have dignity in this latter sense is to behave in a way that conforms to what OTHERS value–to be respectable–and that certainly is not respect for individual choice. It’s the opposite. 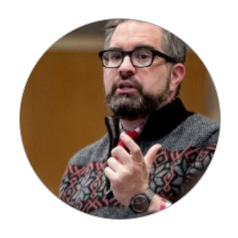 Stephen M. Engel is a Professor of Politics at Bates College as well as Faculty Fellow in Student Affairs. He is also an Affiliated Scholar of the American Bar Foundation in Chicago (www.abfn.org).  His research and teaching focus on American political development, constitutional law, and social movements, particularly LGBTQ+ socio-political and legal mobilization. In 2018 he was honored to receive from Bates the Ruth M. and Robert H. Kroepsch Award for Excellence in Teaching.

He is also the author of the books Fragmented Citizens: The Changing Landscape of Gay and Lesbian Lives (NYU 2016) and American Politicians Confront the Courts: Opposition Politics and Changing Responses to Judicial Power (Cambridge 2011) among others.

You will find yourself in a waiting room when you first enter the Zoom gathering. If you arrive early, you will remain in the waiting room until the host admits you to the program.

You are welcome to have your video on or off for this program – your choice! Please be aware, however, that all other participants will be able to see you if your video is on, and this program will be recorded. By entering into the Zoom program, you are agreeing to have your image captured and shared by Portland Public Library.

All microphones will automatically be muted by the host. If you would like to participate in the Q&A at the end of the discussion, please send your questions to the host via Zoom’s chat feature. We recommend setting your screen to “speaker view” rather than “gallery” for a more natural experience.