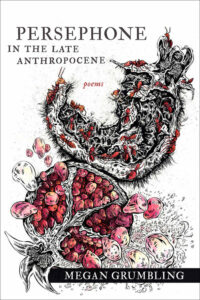 Persephone in the Late Anthropocene vaults an ancient myth into the age of climate change, as the goddess comes and goes erratically from our warming world.

Persephone began as the libretto of an experimental opera. Through lyric verse, magical-realist prose poems, and speculative crypto-studies of the Anthropocene, this ecopoetic collection explores both environmental crisis and the nature of story itself. 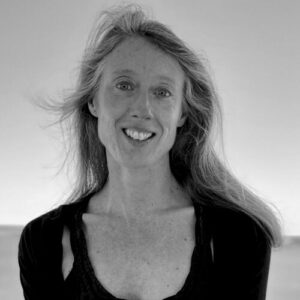 Megan Grumbling‘s poetry collection Booker’s Point received the Vassar Miller Prize and the Maine Literary Award for Poetry, and her work has been awarded the Poetry Foundation’s Ruth Lilly Fellowship, the Robert Frost Foundation Award, and a Hawthornden Castle Fellowship in Scotland. She teaches at Southern Maine Community College and the University of New England, and lives and writes in Portland.

Gibson Fay-LeBlanc
is a writer and teacher. His first book of poems, Death of a Ventriloquist, won the

Vassar Miller Prize and was published in 2012. Gibson served as Portland’s fifth Poet Laureate, ending his three-year term in 2018. His projects included Written, Spoken, Rapped, a multimedia website aimed at high school teachers and students interested in writing poetry, and Deep Water, a column that features a poem each Sunday in the Maine Sunday Telegram and now continues with poet Megan Grumbling as editor.

Gibson now serves as Executive Director of the Maine Writers and Publishers Alliance.