Literary Lunch with ILAP and MWPA: Stephanie Cotsirilos talks about My Xanthi with Sue Roche

Join us for a Literary Lunch conversation with author Stephanie Cotsirilos and the Immigrant Legal Advocacy Project’s (ILAP’s) Sue Roche. Co-sponsored by Maine Writers and Publishers Alliance, Cotsirilos and Roche will discuss Cotsirilos’ debut novella, My Xanthi. A deeply personal story echoing global displacements – whether at the Mexican border, refugee camps, or in too-often ignored colonial American history – My Xanthi centers on a Greek immigrant woman whose wartime secrets teach a criminal defense lawyer about love’s triumph over injustice.

Stephanie’s extended family’s roots in Greece, Peru, and Asia have shaped her journey as an author, lawyer, and performing artist. 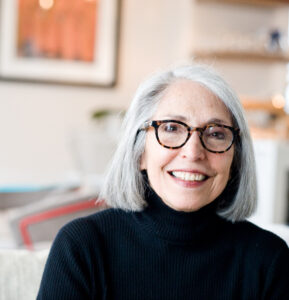 The journey began in Chicago, where she was born. Though her first language was Greek, English followed rapidly. When she was five, and someone asked, “What’s your name, little girl?” she answered, “Judy Garland.” Her immigrant grandmothers were horrified.

She grew up, earned degrees in comparative literature and music from Brown and Yale, and went to New York for a career on and off Broadway – there creating the role of The Critic in the Tony Award-winning musical Nine, and writing songs and scripts produced at Manhattan Theatre Club, Playwrights Horizons, Writers Theatre, and other spaces.

To her family’s relief, Stephanie returned to Yale for a law degree and joined a New York firm. She and her late husband formed a family with Scottish, Greek, and Indigenous Peruvian ancestry. After his death, she moved with her small son to Maine.

She kept writing: legislative drafting, opinion pieces, strategic documents for nonprofits, poetry, fiction. As consultant and Interim Executive Director of Portland Ballet, she returned full circle to the arts and soon after, was accepted into The Writers Hotel conference in Manhattan, joining U.S. and international peers.

Stephanie is now the author of the novella My Xanthi (Los Galesburg Press), an anthologized essayist in the forthcoming Breaking Bread (Beacon Press), and was a published finalist in Mississippi Review’s Prize in Fiction. Twice nominated for the Pushcart Prize, her work has appeared in McSweeney’s, The New Guard, New Millennium Writings, Brilliant Flash Fiction, and in various media. In 2021, she was awarded the Katahdin (formerly Patrice Krant) fellowship in residence at Storyknife’s inaugural retreat for women writers in Alaska.

Were they alive today, Stephanie’s grandmothers might look askance at her traveling thousands of miles to Alaska to write. It’s unlikely they could read anything she has written. Yet she hopes they would be secretly proud – not least because she doesn’t answer to “Judy Garland” anymore, but to the name of her lineage.

About the interviewer
Sue has been with ILAP since August of 2000. She started as ILAP’s first Staff Attorney before becoming Legal Director, 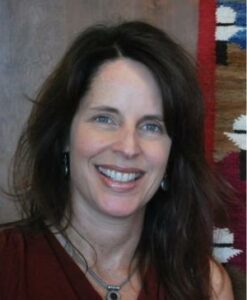 and was named the organization’s Executive Director in 2013.  Sue earned her BA from the University of New Hampshire, where she studied Business Administration, International Affairs and French. Prior to earning her JD from Northeastern University, she worked in publishing and spent a year teaching English in Costa Rica. Sue is an expert on issues related to family-based immigration and remedies for noncitizen domestic violence and crime survivors, and has been a presenter at regional and national conferences of the American Immigration Lawyers Association. She is the author of “Maneuvering Immigration Pitfalls in Family Court: What Family Law Attorneys Should Know in Cases with Noncitizen Parties,” which is published in The Journal of the American Academy of Matrimonial Lawyers. Sue is admitted to the Maine Bar and is proficient in Spanish.