Spotlight Lecture: Julie Orringer in conversation with Desi Van Til

Portfolio.  The conversation will be held on Thursday, October 10th at 6:30pm in the Rines Auditorium.

The long-awaited new work from the best-selling author of The Invisible Bridge takes us back to occupied Europe in this gripping historical novel based on the true story of Varian Fry’s extraordinary attempt to save the work, and the lives, of Jewish artists fleeing the Holocaust.

In 1940, Varian Fry—a Harvard-educated American journalist—traveled to Marseille carrying three thousand dollars and a list of imperiled artists and writers he hoped to rescue within a few weeks. Instead, he ended up staying in France for thirteen months, working under the veil of a legitimate relief organization to procure false documents, amass emergency funds, and set up an underground railroad that led over the Pyrenees, into Spain, and finally to Lisbon, where the refugees embarked for safer ports. Among his many clients were Hannah Arendt, Franz Werfel, André Breton, Max Ernst, Marcel Duchamp, and Marc Chagall.

The Flight Portfolio opens at the Chagalls’ ancient stone house in Gordes, France, as the novel’s hero desperately tries to persuade them of the barbarism and tragedy descending on Europe. Masterfully crafted, exquisitely written, impossible to put down, this is historical fiction of the very first order, and resounding confirmation of Orringer’s gifts as a novelist. 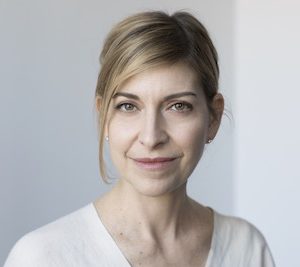 Julie Orringer is the author of the novel The Invisible Bridge and the award-winning short-story collection How to Breathe Underwater, which was a New York Times Notable Book. She is the winner of The Paris Review‘s Plimpton Prize for Fiction and the recipient of fellowships from the National Endowment for the Arts, Stanford University, and the Dorothy and Lewis B. Cullman Center for Scholars and Writers at the New York Public Library. She lives in Brooklyn. 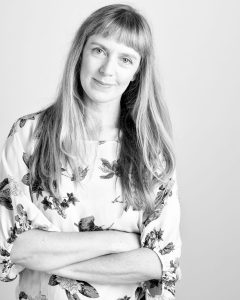 Desi Van Til is a Portland-based screenwriter whose feature film Tumbledown, set in her hometown of Farmington, premiered at the Tribeca Film Festival and went on to a theatrical and digital release, winning best screenplay at the Napa Valley Film Festival. She adapted Julie Orringer’s first novel The Invisible Bridge into a limited series television pilot which is currently in development with Stampede Productions and Wiip. She is currently casting her most recent indie feature script, Reversing Falls, set in Downeast Maine, to be directed by her husband and frequent creative collaborator Sean Mewshaw. Desi serves as the marketing committee chair of the SPACE Gallery board.