Buy the book from Print: A Bookstore, here!

Taryn Moore is young, beautiful, and brilliant…so why would she kill herself? When Detective Frankie Loomis arrives on the 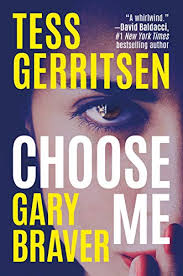 scene to investigate the girl’s fatal plunge from her apartment balcony, she knows in her gut there’s more to the story, especially after the autopsy reveals that the college senior was pregnant. It could be reason enough for suicide—or a motive for murder.

To English professor Jack Dorian, Taryn was the ultimate fantasy: intelligent, adoring, and completely off limits. But there was also a dark side to Taryn, a dangerous streak that threatened those she turned her affections to—including Jack. And now that she’s dead, his problems are just beginning.

After Frankie uncovers a trove of sordid secrets, it becomes clear that Jack may know the truth. He is guilty of deception, but is he capable of cold-blooded murder? 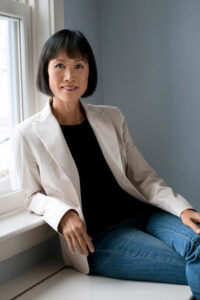 Internationally bestselling author Tess Gerritsen took an unusual route to a writing career. A graduate of Stanford University, Tess went on to medical school at the University of California, San Francisco, where she was awarded her M.D.

While on maternity leave from her work as a physician, she began to write fiction. In 1987, her first novel was published. Call After Midnight, a romantic thriller, was followed by eight more romantic suspense novels. She also wrote a screenplay, “Adrift”, which aired as a 1993 CBS Movie of the Week starring Kate Jackson.

Her books have been top-3 bestsellers in the United States and number one bestsellers abroad. She has won both the Nero Wolfe Award (for Vanish) and the Rita Award (for The Surgeon). Critics around the world have praised her novels as “Pulse-pounding fun” (Philadelphia Inquirer), “Scary and brilliant” (Toronto Globe and Mail), and “Polished, riveting prose” (Chicago Tribune). Publisher Weekly has dubbed her the “medical suspense queen”.

She is also a filmmaker.  She and her son Josh have just completed production of a feature-length documentary, “Magnificent Beast,” about the ancient origins of the pig taboo.

Now retired from medicine, she writes full time. She lives in Maine. 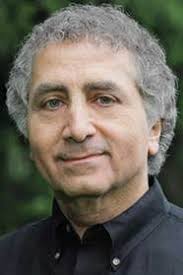 Elixir, Gray Matter and Flashback, which is the only thriller to have won a prestigious Massachusetts Book Award.  His latest is Tunnel Vision.

His novels have been translated into several languages, and three have been optioned for movies, including Elixir by director Ridley Scott.  He is the only writer to have three books listed on the top-10 highest customer-rated thrillers on Amazon.com at the same time.

Under his own name, Gary Goshgarian, he is an award-winning professor of English at Northeastern University where he teaches courses in Modern Bestsellers, Science Fiction, Horror Fiction, and Fiction Writing.  He has taught fiction-writing workshops throughout the U. S. and Europe. He is also the author of five college writing textbooks and has written short stories, book reviews, and travel articles for The New York Times, The Boston Globe, The Christian Science Monitor and elsewhere.

He was born and raised in Hartford, CT and holds a BS degree in physics and an MA and PhD in English. Before settling into college teaching, he worked as a project physicist. An avid bicyclist, hiker, and scuba diver, he lives with his wife outside of Boston.