Stonewall 50: The Birth of a Movement

Stonewall 50: The Birth of a Movement features panels from the Stonewall Museum & Archives in Fort Lauderdale, Florida and objects from the Jean Byers Sampson Center for Diversity in Maine at USM. The exhibit showcases historical images and text highlighting the Stonewall Riots of 1969 and items featuring Maine’s LGBTQ+ history and response to the Stonewall Uprising. This exhibit is made possible by a grant from the Equity Fund of the Maine Community Foundation. 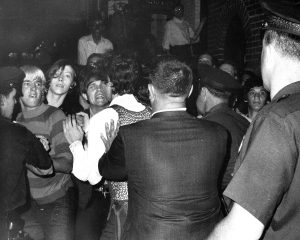 Two events truly galvanized the LGBTQ+ community in Maine in the 1970s and 1980s. The Stonewall Rebellion in June of 1969 brought forth a boiling over of frustration due to years of discrimination. The anger that was actualized during the Stonewall Uprising brought together the LGBTQ+ community in ways, that it had never seen before. Prior to the Riots, groups like the Mattachine Society for gay men and the Daughters of Bilitis for women, tried in vain, to prove to their straight neighbors and community members that gays and lesbians were just like them and deserving of the same rights. It became clear on the first night of the Riots, that blending in and holding the status quo was stagnating the movement. The Gay Liberation Front (GLF) was born from those ashes and from there a new, and more confrontational, LGBTQ+ movement came into being. Groups like the Gay Activist Alliance, the Lavender Menace, Lambda Legal, Parents, Families and Friends of Gays and Lesbians (PFLAG) sprung forth from or came shortly after the GLF. The Uprising had galvanized disparate groups to come together to fight for rights for their LGBTQ+ families. 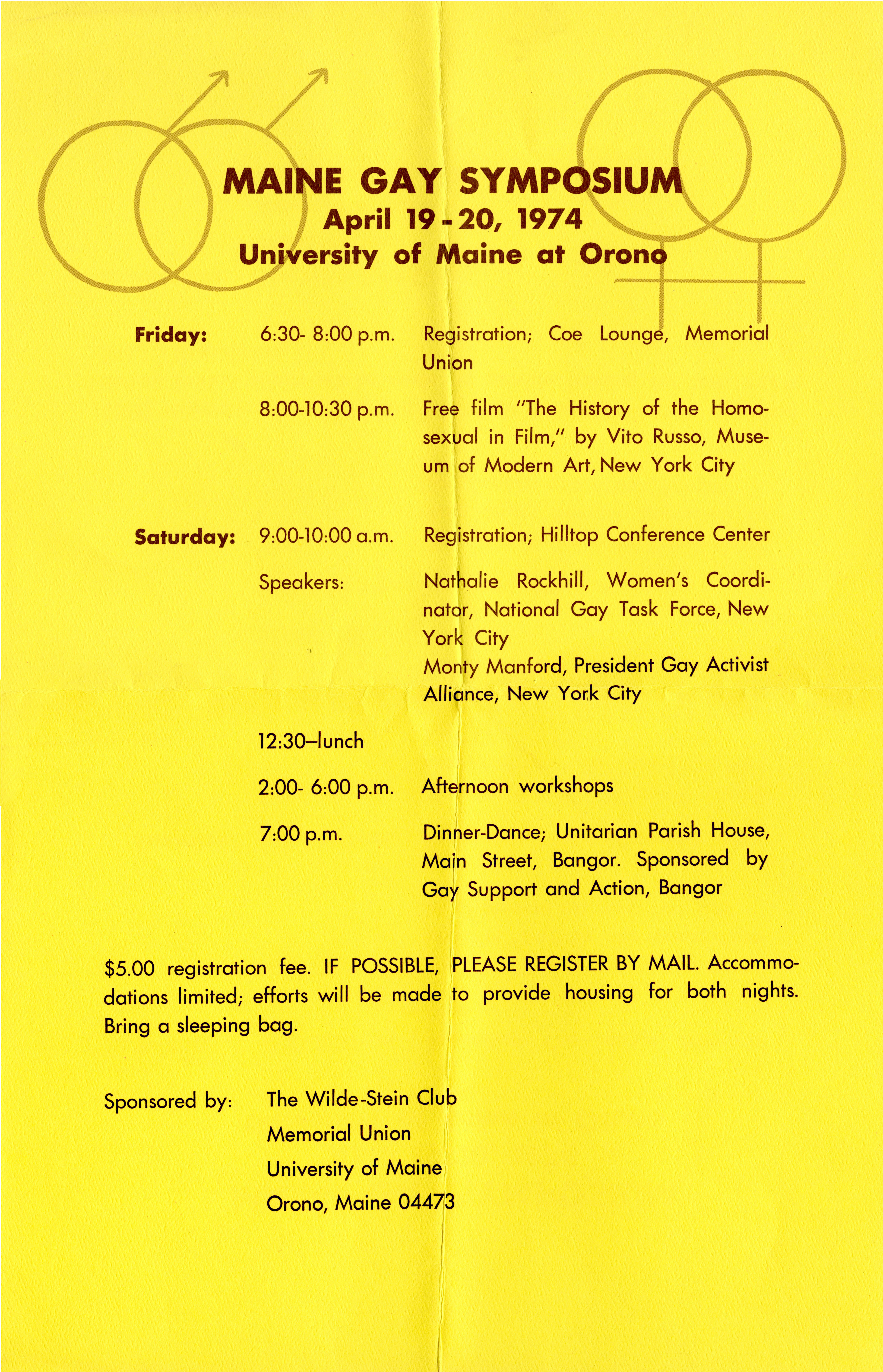 In Maine, the Wilde-Stein Club at UMaine Orono, was one of the first LGBTQ+ student groups in the country at a public university. Formed in 1973, this student group went on to organize the first Maine Gay Symposium in 1974. Speakers included Stonewall veterans as well as other prominent members of the LGBTQ+ community.

In 1984 the LGBTQ+ community in Maine would be re-galvanized. Charlie Howard was walking with a friend down a street in Bangor when a group of three teens started verbally harassing the two. Charlie and his friend tried to escape, but the three teens caught up with him and threw him over the State Street Bridge and in to the Kenduskeag stream. Charlie cried for help as he could not swim and soon perished. His body would be recovered several hours later. Luckily his friend escaped. This event culminated in the creation of the Maine Lesbian/Gay Political Alliance, which is now Equality Maine. Objects from the Jean Byers Sampson Center for Diversity in Maine at USM will showcase some of Maine’s post Stonewall history including pieces relating to the life cut short of Charles O. Howard.

A heartfelt thanks to the Equity Fund of the Maine Community Foundation and the Jean Byers Sampson Center for Diversity in Maine at the University of Southern Maine.