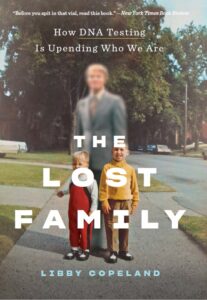 The presentation will explore the extraordinary cultural phenomenon of home DNA testing, which is redefining family history. It will draw on Libby Copeland’s years of research for her new book The Lost Family: How DNA Testing is Upending Who We Are (Abrams, 2020), which The Wall Street Journal calls “a fascinating account of lives dramatically affected by genetic sleuthing.” With more than 37 million people having been tested, a tipping point has been reached. Virtually all Americans are affected whether they have been tested or not, and millions have been impacted by significant revelations in their immediate families. 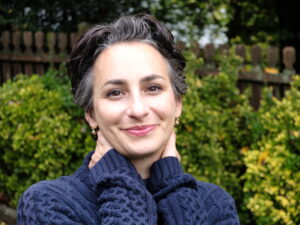 Libby Copeland is an award-winning journalist and author who writes from New York about culture and science. As a freelance journalist, she writes for such media outlets as The Washington Post, The New York Times, The Atlantic and Smithsonian Magazine. Her book, The Lost Family: How DNA Testing is Upending Who We Are, published by Abrams in 2020, explores the rapidly evolving phenomenon of home DNA testing, its implications for how we think about family and ourselves, and its ramifications for American culture broadly.

The Wall Street Journal says it’s “a fascinating account of lives dramatically affected by genetic sleuthing.” The New York Times writes, “Before You Spit in That Vial, Read This Book.” The Washington Post says The Lost Family “reads like an Agatha Christie mystery” and “wrestles with some of the biggest questions in life: Who are we? What is family? Are we defined by nature, nurture or both?” It was recently named to The Guardian’s list of The Best Books of 2020.