Saved Searches Advanced Search
Use these quick links to find PPL Services during COVID19.
NOTE: ALL LIBRARY LOCATIONS ARE OPEN ONLY FOR ONLINE SERVICES AND TO-GO SERVICES (no appointments needed), as of April 8, out of an abundance of caution.
PPL To Go: How to pick up your Holds.
PPL Printing To Go is still available at the Main Library on Congress St.
COVID19 Resources: Find trusted information and city/state updates, with some information available in many languages.
2021 Tax Resources: Information on tax forms and assistance available during the pandemic.
X

At Portland Public Library, we strive to lift the voices of African Americans (and other marginalized voices) on a daily basis through our programming and collections. For this blog post, I asked staff to submit their favorite resources. 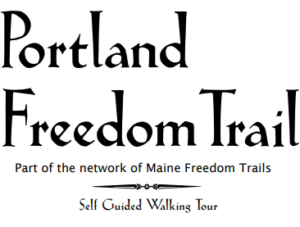 Celebrate Portland Black History by taking a walk along the Portland Freedom Trail.

Since 2017, a group of African immigrants in Lewiston has leased 30 acres of land off to operate a cooperative farm, the New Roots Cooperative Farm.  Their dream of owning the land they painstakingly developed over the past four years received a major boost when they received word that they are the recipient of two grants totaling $80,000.

The Indigo Arts Alliance has video from this past year’s Beautiful Blackbird Children’s Book Festival online here. They also are co-hosting a new exhibit at Cove Street Arts this month called “Soulful Stitching.” 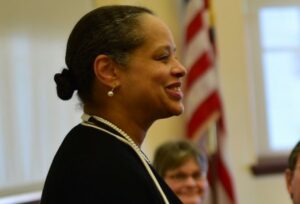 You can find news from Rep. Rachel Talbot Ross and updates on her ongoing (historical!) work in the Maine Legislature here.  You can also read documents like her letter to Governor Mills and others on behalf of the Maine Black Caucus as published here in Amjambo Africa! (the free newspaper for and about New Mainers from Africa). On February 3, 2021 she introduced  “L.D. 2, An Act To Require the Inclusion of Racial Impact Statements in the Legislative Process, which she noted was “the first step in recognizing that many of our laws have produced disproportionate outcomes for generations of Black and indigenous populations in Maine…to disrupt this historical pattern, legislators must be intentional in factoring in race throughout the development, review and adoption of public policy.”

As voting rights and political power are a continual historical fight, Black Futures works to build Black political power while partnering with Black-led grassroots organizations across the U.S.
The African American Collection at the USM Library was started with donations from Gerald E. Talbot. The history of the collection notes: “As Mr. Talbot explained in April 1994: ‘It is because of my long involvement in civil rights in Maine and New England and my deep interest and involvement in my Black culture and history, that I have collected and preserved pieces of that black history, nationally and locally, for others to see and learn from.’ Another inspiration came from the documentary Anchor of the Soul…Shoshana Hoose, who was largely responsible for researching and making the documentary, and Gerald Talbot began meeting with officials for the University of Southern Maine in 1994. They wanted to build a collection that would document and preserve African American culture and history.”  You can find the DVD Anchor of the Soul: A Documentary of Black History in Maine at PPL. 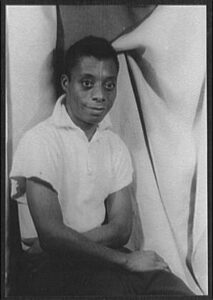 For more in archives, the National Museum of African American History and Culture is currently hosting online exhibits like “Chez Baldwin: An Exploration of James Baldwin’s Life and Works Through the Powerful Lens of His House in France” and “Pauli Murray’s Proud Shoes.” The Schomburg Center for Research in Black Culture has extensive archives and digital collections. Here’s a guide that highlights Schomburg Center collections (including digital collections) focused on Black LGBTQIA+ studies. Black Archives was founded by Renata Cherlise as a multimedia archive and “gathering place for Black memory and imaginations” highlighting the past, present, and future.

There are so many events nationwide this month…a couple are: on February 18 the 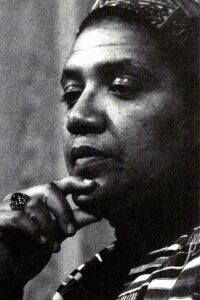 Mills College Trans Studies Speakers series will host a talk with C. Riley Snorton and Rod Ferguson. On February 20 the Audre Lorde Project will host “Pillars of Audre Lorde: Joy, Safety, Healing and Liberation” celebrating her work, art, and vision (and her values of joy, safety, healing and liberation!)

In online art exhibits, the New Museum shares a virtual tour of the large-scale oil paintings of contemporary artist Jordan Casteel. The Harvey B. Gantt Center for African American Arts + Culture has a digital exhibition called “A Woman’s Work.” You can see artist Nina Chanel Abney discuss her art wall at the Institute of Contemporary art in Boston. At the Art Institute of Chicago, Bisa Butler’s beautiful quilted artworks and a video-bio can be seen here. She’s even created a playlist of songs to go with each of her pieces.
There’s an Twitter community for Black women in STEM that discusses and celebrates their historic and current work. There is also a great site about this history of Notable African Americans in Medicine.
Follow Black Girl in Maine for local musings and check out a recent post Calling All White People, Part 49: Hitting the books for Black History Month.
For fans of phenomenal phone numbers, all month you can dial-a-poem from the Jefferson Madison Regional Library. If you call 434-979-7151 ext. 6692, you’ll hear from a new poet from African American Poetry: 250 Years of Struggle & Song each week until February 28.
posted: Feb 9th 2021, by Raminta Moore
tags: Portland community | Adults | Discover Portland | Seniors | Art & Culture