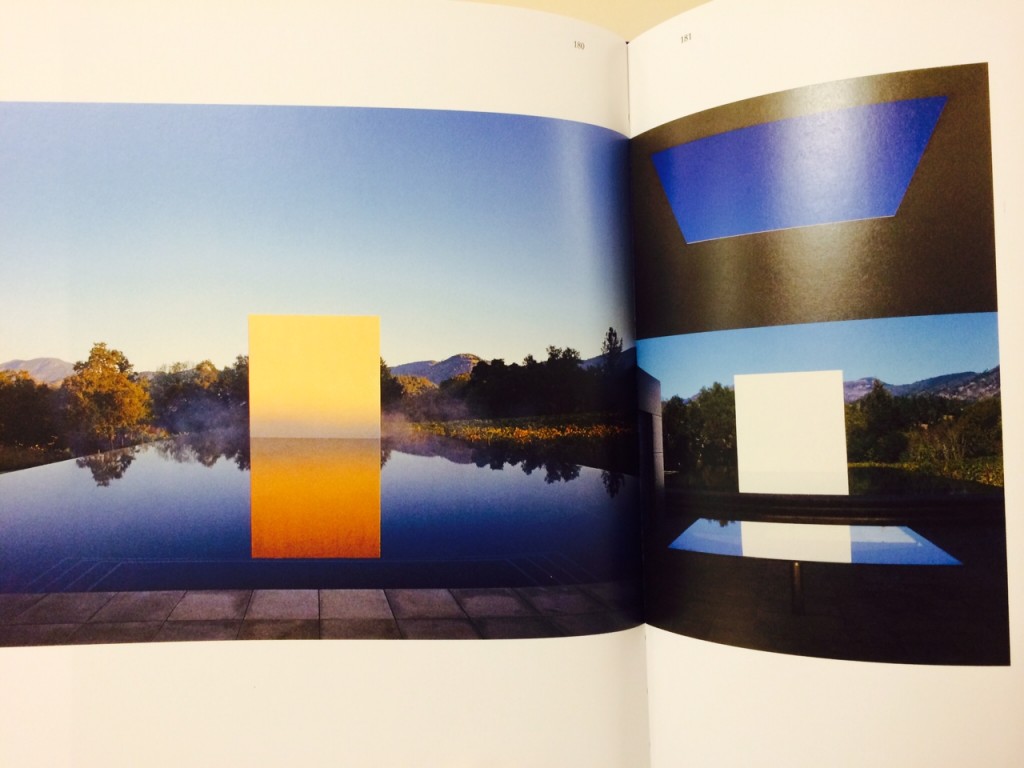 A few serene images from the recent book “James Turrell: A Retrospective,” a December Staff Pick.

At the end of the year…in a time of reflection…staff members weigh in on library materials that personally inspire joy or peace. 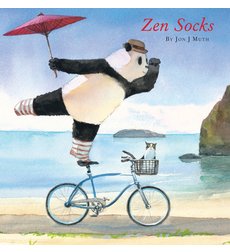 Zen Socks, the newest installment in the Stillwater series by Jon J. Muth, introduces us to two new friends, Leo and Molly. Along with Moss, their cat, Leo and Molly learn timeless lessons of friendship, patience, and perseverance, from our favorite panda, Stillwater.

Set inside Muth’s sweet story and award winning watercolors is the traditional Zen tale,”The Taste of Banzo’s Sword.”Muth’s storytelling expertise shines in this short story within a story, which adds to the larger tale, while simultaneously being set apart with dynamic pen and ink drawings.

The book ends with and adaptation of the much loved, and often adapted tale, “The Star Thrower”, originally told by Loren Eiseley. This tale highlights the universal question: How should one act in the face of seemingly insurmountable odds? Muth’s answer: “Kindness works. Generosity works. Compassion works. Not every time, but always.”

Inner peace comes from knowing that you did the best you could, with the resources at hand, and in the time allowed. Stillwater reminds us once again that being kind and doing our best is always the right answer. 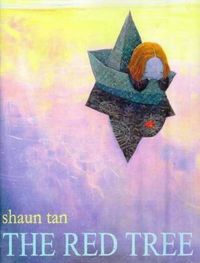 The Red Tree, by Shaun Tan

Shaun Tan is a master of minimally worded, maximally illustrated picture books. With The Red Tree, he gives us immersive dreamscapes in which isolation, melancholy, and dark, persistent sadness dominate: a girl etching hundreds of tally marks into the shell of a slowly spiraling giant snail; an enormous gray fish floating ominously, casting a city in shadow. Maybe all this doesn’t sound so peaceful—but it’s the book’s hopeful, reassuring ending that makes it the obvious pick for me. 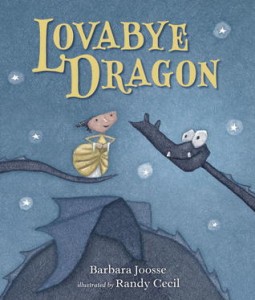 A book that has recently made me feel both peaceful and joyful is Lovabye Dragon by Barbara Joose. The words have a lovely cadence which is wonderful to read aloud and the illustrations have a beautiful, soft, distinctive style that enriches the text. Lovabye is the story of Girl, who longs for a dragon for a friend, and Dragon, who longs for a girl for a friend. Thankfully, they find one another and discover that: “On the outside, Girl is little. On the outside, Dragon is biggle. But they’re just the same size, exactly the same size, in the middle.” The author says, “I think maybe I wrote this for little me.” I think everyone, big and little alike, will find joy in the idea of discovering just the friend you’ve been longing for. 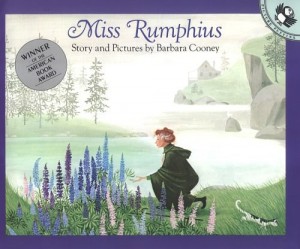 Of all the stories set in our beautiful Maine, I’ve always found joy and inspiration in Miss Rumphius. The classic story of the Lupine Lady offers us three simple but bedrock rules for a good life:

1. Go to faraway places.
2. Come home to live by the sea.
3. Do something to make the world more beautiful. 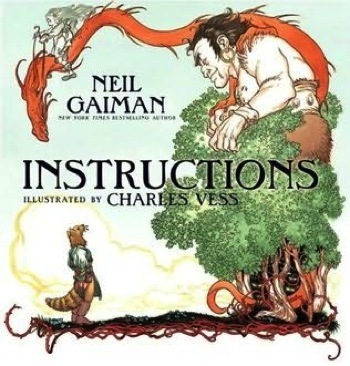 Lots of people get excited about Gaiman’s longer works; for me, his poetry and short stories are where the poignancy lie.  “Instructions,” a poem written out and illustrated in book form, talks you through what to do if you find yourself suddenly walking through a gate you’ve never seen in a wall you walk by every day.  Drawing from tens of different fairy tales, advice is given: it may be about trusting youngest sisters, or about ferrymens’ riddles.  Be kind; remember that jewels are just as uncomfortable as frogs when falling from lips; trust the wolves. In the end, Gaiman returns us to where we started, changed though we are by the experience of the journey, the poem, and more peaceful for this time.

“All fairy tales take place in the woods, King Cole, even the ones that don’t.” – Bill Willingham 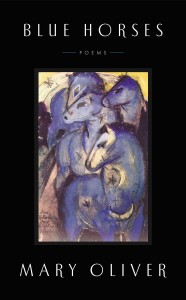 The poet Mary Oliver has been a particular favorite this year (other inspiring recent reads include Markus Zusak’s novel The Book Thief, and the book I’m reading now, Ivan Doig’s last novel, Last Bus to Wisdom).

One example from Blue Horses is the poem “Do Stones Feel?” (p 71) from which I quote just a few lines at the end:

“Are the clouds glad to unburden their bundles of rain?

Most of the world says no, no, it’s not possible.

I refuse to think to such a conclusion.
Too terrible it would be, to be wrong.”

Oliver’s themes are the beauty, ferociousness, sanctity, and interdependence of all life.  All her poems are life-affirming to me.  When she says “too terrible it would be, to be wrong” about the question of stones feeling or clouds gladly giving up rain, she argues for the unknowable wonder, exploration and tolerance of the world, including human beings.   Reading Mary Oliver helps me to come back into balance when I’m overwhelmed with the events of the day.

A Season For Building Houses

“To me, a home is where I find love, peace, friends, joy, strength, faith, and trust in those around me.” -Richard Akera, from “I Started to Explain,” A Season For Building Houses

I just finished the TR’s new anthology,”A Season for Building Houses,” feeling gratitude that the compelling writers (and many familiar faces) represented in it are getting their stories and poems- and their important questions and reflections on home, the world, and life- heard, published, and spread far and wide. The anthology is currently being cataloged for the library’s collection.

You can also listen to readings from the anthology in the author’s voices here on SoundCloud. Pair with The Telling Room’s The Story I Want to Tell: Explorations in the Art of Writing. 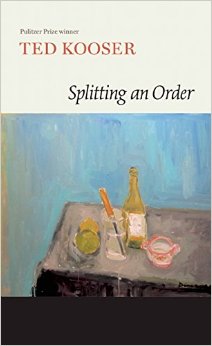 Splitting an Order, by Ted Kooser

Peace can be elusive, perhaps because we think it is something to pursue, rather than a place to inhabit.  Ted Kooser’s deceptively simple, utterly accessible poetry often gives me that sense of being in peace.  Knotty problems and hard issues are there along with spot-on renderings of the natural world , canning lids and a passel of other things.   Kooser’s Splitting an Order, published in 2014, offers up a bit of perfection in the eponymous poem (don’t wait! turn to page 9!) …leaving me damp-eyed and smiling and feeling at peace with what is and what may be.  But don’t stop there.  Read them all. 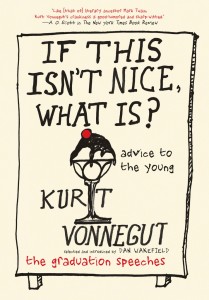 If This Isn’t Nice, What Is? by Kurt Vonnegut

This prompt actually took quite a bit of thought. A lot of things make me happy, you see. I settled on a favorite though: If This Isn’t Nice, What Is? by the late Kurt Vonnegut. While Vonnegut’s novels are known for his postmodern and almost dismal black comedy, his graduation speeches in If This Isn’t Nice, What Is? are testaments to hope and snark, to futures and failures, and to the momentousness of living. Whether waxing poetic on the need for extended community (“A husband and wife and some kids aren’t a family any more than a Diet Pepsi and three Oreos is a breakfast,”) or on the proof of God being the existence of music (“Bill Gates doesn’t seem to realize that we are dancing animals,”) Vonnegut extols the virtues of human beings simply recognizing that they are happy. After all, when was the last time you paused what you were doing on a sunny day and interrupted your companion to ask “if this isn’t nice, what is?” 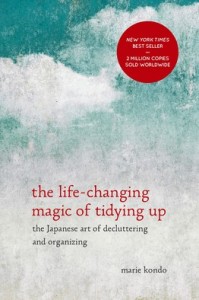 The Life-Changing Magic of Tidying Up: The Japanese Art of Decluttering and Organizing, by Marie Kondō

“Imagine what it would be like to have a bookshelf filled only with books that you really love. Isn’t that image spellbinding? For someone who loves books, what greater happiness could there be?”

I recently read The Life Changing Habit of Tidying Up. (Everyone was reading it and remarking about how life-changing it truly is). A copy finally arrived as I was moving into my new home…which made unpacking take a great deal longer. Did it change my life? I don’t think so. I just can’t get that excited about organizing my sock drawer or rolling my shirts to maximize storage. But this guide to eliminating clutter is presented in an easy-to-manage way, and I do think that living with less clutter and less stuff creates a sense of peace. I also find myself using KonMari as a verb. I KonMaried my closet. I KonMaried my kitchen.

Perhaps this book sparked joy after all. 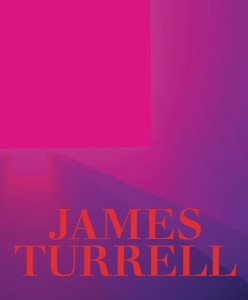 James Turrell: A Retrospective, by Michael Govan and Christine Y. Kim, with photography by Florian Holzherr

My choice is our newest book on James Turrell’s work. I became acquainted with Turrell’s art some 25 years ago in New York.  It’s hard to define other than to say he manipulates light.  True story: I walked up to a grey rectangle in a gallery at the MOMA that was approximately 30 feet by 50 feet; only when I got to within 6 inches (!) did I see that it was not a rectangle, but that I was looking into another room.

Second time I saw his work: Arizona, Christmas vacation, 15 years ago. I allowed myself to be placed in a hollow ball that was sealed by a door, and then have laser lights alter the interior walls, so that I thought I was looking out into an endless blue vista…

As the book jacket notes, in his art “Turrell invites us to ‘go inside and greet the light,’ evoking the meditative practices of his Quaker upbringing.” Turrell also owns a crater out west (the Roden Crater Project) that I’ve yet to visit, which is supposed to be his magnum opus: the book includes beautiful images of it. 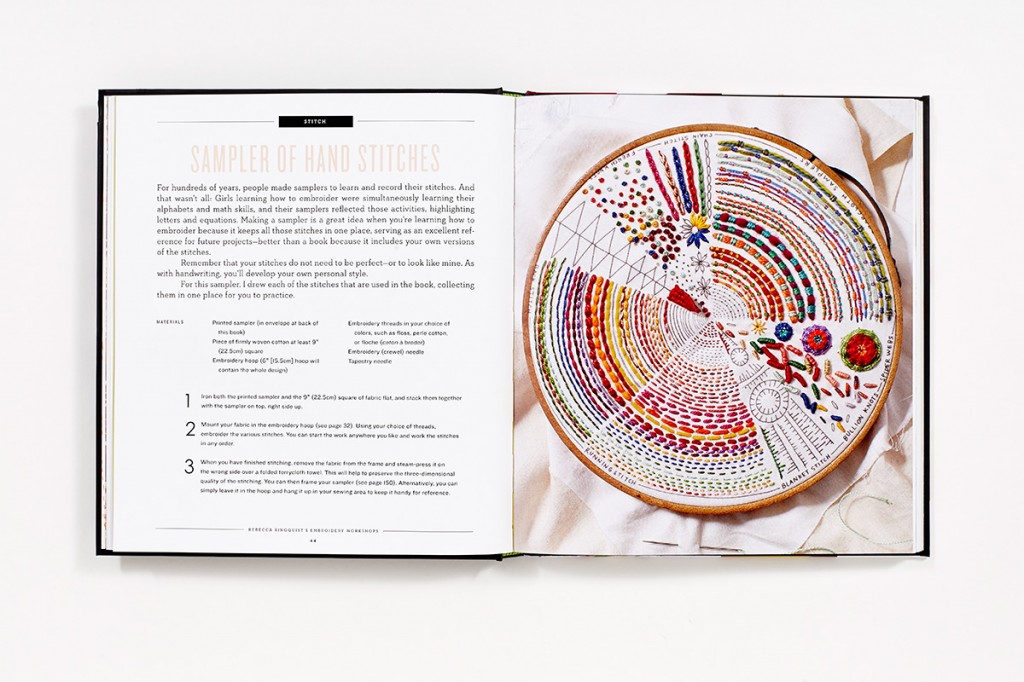 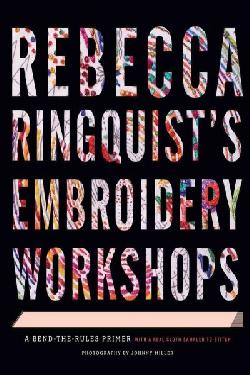 I love winter. When I’m not out playing in the snow, I love to hunker down with a cup of tea and an embroidery project. Rebecca Ringquist’s Embroidery Workshops: A Bend-the-rules Primer is my pick for this month because it has inspired me to embrace the darkest months as an opportunity to lose myself in the quiet, meditative nature of embroidery. 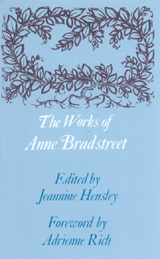 Cozy indoor projects are also a great time for reflection and a reminder of the great Anne Bradstreet who wrote, “If we had no winter, the spring would not be so pleasant: if we did not sometimes taste of adversity, prosperity would not be so welcome” (Meditations Divine and Moral). So if needlework is not your thing, perhaps a good poem is.

Mbaqanga by Mahlathini and the Mahotella Queens

It’s mid December. I’m driving around at 4 pm, and it’s already pitch dark, for Pete’s sake. Time to crank up some joyful music to lift my spirits. I need something that is the total opposite of “It’s the Most Wonderful Time of the Year.” Nothing could be better than this great album of South African pop recorded in 1992.

The style of music called mbaqanga emerged from the segregated townships near Johannesburg in the 1960s. The groovy sound is created by plinky electric guitars and exuberant  call-and-response singing between Mahlathini, a gravel-voiced “groaner,” and the Queens, a female trio. Most of the lyrics are in Zulu, with a bit of English scattered around. One of the tracks is titled “Stop Crying,” and that is a good advertisement for what this music can do for you.

A word of warning: this album is liable to cause vigorous car dancing. Please exercise caution if you listen while driving.

Thanks for reading, everyone, and all best wishes for a Happy New Year.