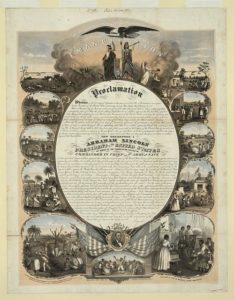 Today marks the 156th anniversary of Juneteenth, the oldest nationally celebrated commemoration of the ending of enslavement in the United States. Two years after the Emancipation Proclamation, on June 19th, 1865, Major General Gordon Granger led Union soldiers into Galveston, Texas, with the news that the War was over and enslavement was abolished. According to Juneteenth.com, there are several guesses as to why the two year delay. Some speculate, that the messenger carrying the notice from the Federal government was murdered. Another theory assumes, that the information was withheld by enslavers hoping to continue to have labor for their cotton harvests.

Pres. Abraham Lincoln’s Emancipation Proclamation had little impact on the people of Texas, since there were few Union troops around at the time to enforce it. But, with the surrender of Gen. Robert E. Lee in April 1865 and the arrival of Gen. Gordon Granger’s regiment in Galveston, troops were finally strong enough to enforce the executive order. Newly freed men rejoiced, originating the annual “Juneteenth” celebration, which commemorates the freeing of the enslaved people in Texas. 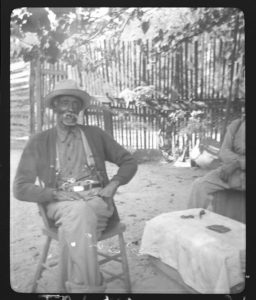 Billy McCrea, a former enslaved person who remembered the Union troops coming into Texas in 1865 and being told that he was free. Photo by Ruby Terrill Lomax, September 30, 1940.

“And by virtue of the power, and for the purpose aforesaid, I do order and declare that all persons held as slaves within said designated States, and parts of States, are, and henceforward shall be free; and that the Executive government of the United States, including the military and naval authorities thereof, will recognize and maintain the freedom of said persons.”