Acknowledgment is a simple way of showing respect and a step toward correcting the stories and practices that erase Indigenous people’s history and culture, and toward inviting and honoring the truth.

Portland Public Library would like to acknowledge that the land on which we gather is the occupied and unceded territory of the Wabanaki, the People of the place where the sun first looks our way, who have stewarded this land throughout the generations.

We extend our respect and gratitude to the many Indigenous people and their ancestors whose rich histories and vibrant communities include the Abnaki, Maliseet, Micmac, Passamaquoddy, and Penobscot Nations and all the Native communities who have lived in Chuwabunkeag for over three thousand generations in what is now called New England and the Canadian Maritimes.

We thank them for their strength and resilience in protecting this land and aspire to uphold our responsibilities according to their example. 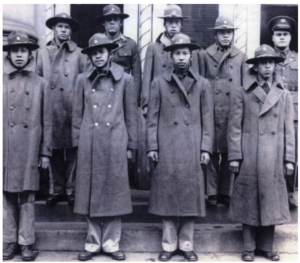 For over 200 years, Native Americans have served in the United States Armed Forces with distinction in every armed conflict, foreign and domestic. In World War I, members of the Choctaw Tribe were able to transmit messages over telephone lines in Choctaw in order to keep US troop movements secret. Again in World War II, the US Military used a tribal language in order to relay information in secret. The Navajo Code Talkers were created in order to secure communication lines between US troops. In 2001, President George W. Bush presented the remaining members of the Navajo Code Talkers the Congressional Gold Medal.

Here are some of the words they used:

See if you can translate the following coded message:

This is the English translation:

Here’s how the message is decoded: 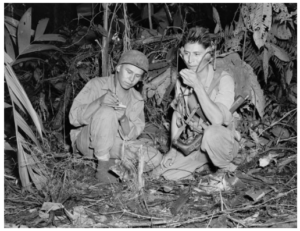 The Navajos, Comanches, Hopis, and others also had to develop special words for World War II military terms, such as types of planes, ships, or weapons. They were given picture charts that showed them the items. After looking at the pictures, they came up with words that seemed to fit the pictures.

Well, when they first got us in there for Code Talkers, we had to work that out among our own selves so, we didn’t have a word for tank. And the one said it’s like a [Comanche words] he said, it’s just like a turtle, you know. It has a hard shell and it moves and so we called it a wakaree´e, a turtle. —Charles Chibitty, Comanche Code Talker, National Museum of the American Indian interview, 2004

The relationship between the Tribal Nations and the US Military even crossed over into the naming of helicopters.

According to Katie Lange of Defense.gov, an unnamed Army museum official, the naming convention goes back to before the Air Force split from the Army in 1947 when Army Gen. Hamilton Howze was assigned to Army aviation. His mission was to develop doctrine and the way forward when it came to employing Army aircraft and how they would support warfighters on the ground.

According to the museum official, Howze wasn’t a fan of the names of the first two helicopters – Hoverfly and Dragonfly. So, he laid out instructions for naming the helicopters after their abilities.

Howze said since the choppers were fast and agile, they would attack enemy flanks and fade away, similar to the way the tribes on the Great Plains fought during the aforementioned American Indian Wars. He decided the next helicopter produced — the well-known H-13 of “M.A.S.H.” fame — would be called the Sioux in honor of the Native Americans who fought Army Soldiers in the Sioux Wars and defeated the 7th Cavalry Regiment at the Battle of Little Bighorn.

On this day that we honor our US Veterans, please take a moment to honor the Native American servicemen and women who have served proudly for our nation.

For tips on finding military records of US Indigenous Peoples, please click here.

For a brief history of Native Peoples in service, please click here. 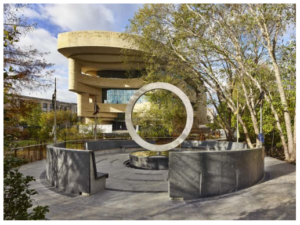