Black History Month offers us many invitations for learning.  We’re encouraged to learn more about the contributions of individuals in history who may not have originally made our history lessons :  black artists, inventors, authors…

Finally, Black History Month brings race into our collective awareness, providing us with more opportunities to directly consider race and racism and to commit to new strategies for anti-discrimination.  This is a particularly interesting year, as 50 years has passed since the landmark Civil Rights Act was passed which made segregation illegal and paved the way for the Voting Rights Act and the end of the Jim Crow era.

Learn more about Implicit Bias at the  ProjectImplict  website and the new book Blindspot  Watch American Promise online  – a POV documentary about race, class, education and growing up
Bookmark this Civil Rights Act calendar which details programming happening throughout 2014

These resources only skim the surface of possible places for learning… share your favorite texts, films, websites, and programs in our comments section! 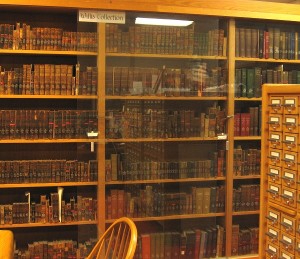 Have you walked into the Portland Room and wondered about the crumbling leather-bound books behind glass that line the reading room?

Willis was born in Haverhill, Massachusetts, in 1794. The family moved to Portland in 1803. Willis attended Harvard College, graduating in 1813, and then went on to study law under Prentiss Mellen and Boston Judge Peter O. Thacher. After a few years in Boston and a few years of travel, he returned to Portland to practice law as a partner of Mellen and, later, as a partner of William Pitt Fessenden.

Willis was an inveterate journal-keeper, writing in his diary almost daily from 1840 until 1870, the year of his death. They were not tracked down until 1957 when local historian William B. Jordan, Jr. discovered that they were in the possession of a great-grand-daughter of Willis who graciously allowed the library to take possession of them. (Library patrons can read the journals on microfilm.) In this entry from August 4,1864, Willis writes that he attended “a most loyal union discourse emphatically anti-slavery. Rain in the morning…” 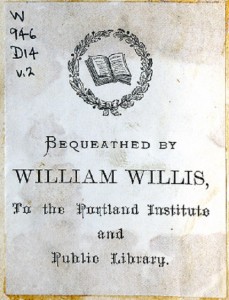 Somehow, despite his law practice, his responsibilities in public office and on the boards of various institutions, his nine children, and the keeping of a daily journal, Willis also managed to write history. His The History of Portland from 1632 to 1864 (published 1865) is still widely consulted by historians today. 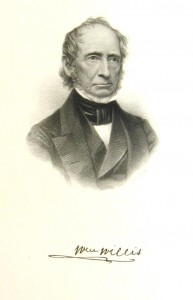 Among the treasures of the Library’s Portland Room is the Children’s Collection. These antique children’s books were part of the circulating collection of the Portland Public Library when the library was in the Baxter Building, but now, because of their age and fragility, are kept behind glass in the Portland Room. 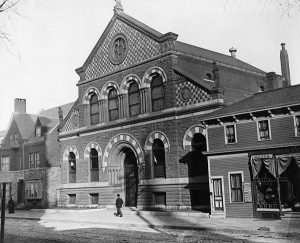 Portland Public Library Annual Reports provide glimpses into the reading habits and preferences of an earlier era. In 1897, the library opened the Young People’s Reading Room. In 1899, the Librarian wrote that “while the unruly element has not been altogether lacking, the children have as a rule been well behaved…” Among the books the young patrons may have looked at are these: 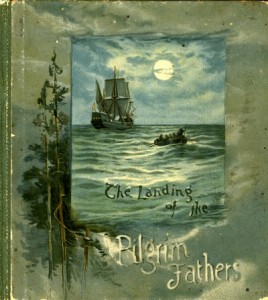 The Landing of the Pilgrim Fathers 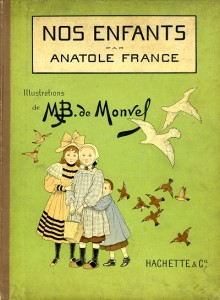 In 1935, the Library’s Young People’s Room asked children to vote for their favorite books. The five that ranked highest were: Little Women, Adventures of Tom Sawyer, Treasure Island, Secret Garden, and Black Beauty.

In 1940, children and their caregivers increasingly requested stories which had been made into films, such as Pinocchio and Swiss Family Robinson. Adult reading habits were changing, too. Librarians found that adult patrons, concerned about the war, were reading less fiction, while books on such topics as aviation, diesel engines, and radio were in high demand.

When the library moved to its new quarters at 5 Monument Square in 1979, the older children’s books – by then, many of them genuine antiques — were taken out of circulation and put in the Portland Room for safe keeping. This is where you will find them today. With their beautiful bindings and lively cover art, they are a pleasure to browse. We invite you to stop by the Portland Room and take a look.

The Portland Room is open Monday through Thursday from 10-7 and Friday from 10-6.