It’s our favorite time of year: Time to break out the banned books and movies, time to celebrate intellectual freedom and the right to read and watch and think what you like.

Here at the Library, one of the ways we celebrate is to watch movies based on banned books, and this year we have a great line-up of Thursday night films.

We’ve also made some lists for you: Movies about censorship, movies based on banned books, and a list of movies that, for whatever reason, were banned in various countries.

Kurt Vonnegut’s Welcome to the Monkey House is published. 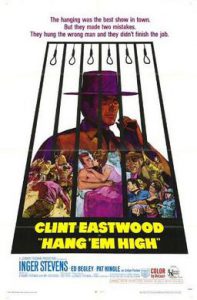 August 7th
A protest against the discrimination of Black citizens turned violent after police arrived to disperse the crowd in the neighborhood of Liberty City, outside of Miami. The protest was arranged to coincide with the Republican National Convention being held in Miami.

The Republican National Convention is held in Miami where former Vice President Richard Nixon, is nominated as the Republican candidate for President.

Actress, Mia Farrow drove across the border from El Paso, Texas into Mexico in order to obtain a divorce from singer, Frank Sinatra. The pair had been married for roughly 8 months.

Saundra Williams of Pennsylvania, becomes the first Miss Black America. Miss Black America was created in protest to the Miss America Pageant as they saw a disproportionate amount of minorities in that pagent.

August 20th
The Prague Spring ends as 500,000 Soviet troops, 6,300 tanks, 550 combat aircraft and 250 transport planes cross the border into Czechoslovakia. This was the largest military exercise since the end of WWII. 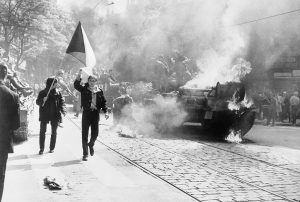 Photo from “CIA Analysis of the Warsaw Pact Forces: The Importance of Clandestine Reporting” 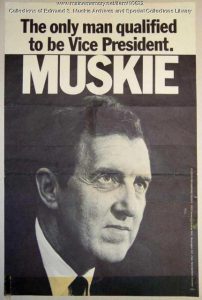 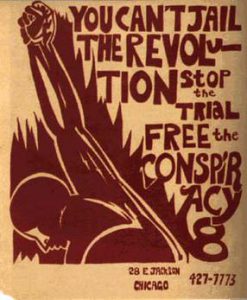 During the convention, protests against the Vietnam War start outside of the convention. 10,000 protestors were met by 23,000 National Guardsmen and police. Four days of protest passed and 668 people were arrested and close to 500 protestors were injured, mostly by law enforcement. Organizers of the protest, dubbed The Chicago Eight, were charged with the intent to start a riot. Members of the Eight included Abbie Hoffman, Tom Hayden, David Dellinger, Rennie Davis, John Froines, Jerry Rubin, Lee Weiner, and Bobby Seale.

August 23rd
Nigeria launched its final assault against secessionist Biafra. Over the next several months, thousands of civilians were slaughtered as troops were instructed to “shoot anything that moves.” 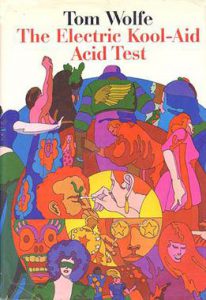 August 30th
The Byrds release Sweetheart of the Rodeo.

July 1st
The Treaty on the Non-Proliferation of Nuclear Weapons was signed in Washington, D.C., Moscow and London. This treaty aimed to prevent the spread of nuclear weapons and encourage peaceful uses of nuclear energy.

July 3rd
Chairman Mao Zedong issues the July 3 Public Notice. This “notice” denounced the violent “counterrevolutionary” crimes and chaos. In the Guangxi Zhuang Autonomous Region, it was estimated that over 80,000 people were killed before and after the notice.

The Doors release Waiting for the Sun. 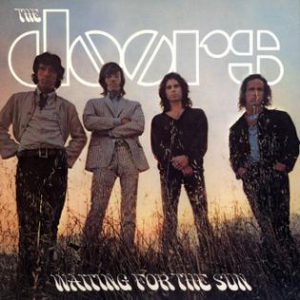 The movie Salt and Pepper, starring Sammy Davis Jr. and Peter Lawford, is released in cinemas.

July 6th
The FBI sends out a memorandum to its field offices outlining its approved COINTELPRO (COunter INTELligence PROgram) for disrupting anti-government organizations. The program was exposed in 1971. In 1976 a Congressional Select Committee deemed the FBI’s program as unconstitutional.

July 7th
The Yardbirds play their final concert at the Luton College of Technology in Bedfordshire, England. 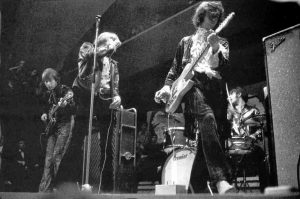 Photo from the 1968 US Yarbirds tour. Unknown photographer.

Leo Sowerby, winner of a Pulitzer Prize in 1946 for his cantata, Canticle of the Sun, passed away at a summer choir camp.

July 16th
Alexander Dubcek, the leader of Communist Czechoslovakia, who had enacted democratic reforms, is given a two week deadline by the Communist leaders in Moscow to justify those reforms, later dubbed the “Prague Spring.” 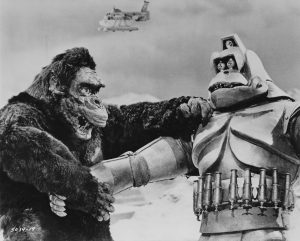 July 18th
The Grateful Dead release Anthem of the Sun.

July 20th
The first ever Special Olympics were held at Soldier Field in Chicago, Illinois. Over 1,000 developmentally disabled kids from the US and Canada. The event was organized by Eunice Kennedy Shriver. Today the Special Olympics is the largest sports organization for kids and adults with intellectual disabilities with over 5 million athletes from 172 countries. 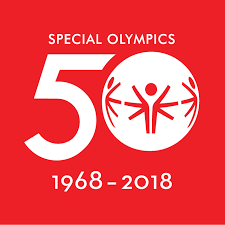 July 26th
In Search of the Last Chord by the Moody Blues is released.

July 28th
The novel, Last Exit to Brooklyn, is cleared of all charges related to the Obscene Publications Act. This was considered a turning point in British censorship laws.

July 31st
The film, The Heart is a Lonely Hunter, based on the novel by Carson McCullers, is released in theaters.

In April of 1968, a schoolteacher by the name of Harriet Glickman, wrote to Charles M. Schultz urging him to create a black character. On this day in 1968, Franklin was introduced to the Peanuts gang. 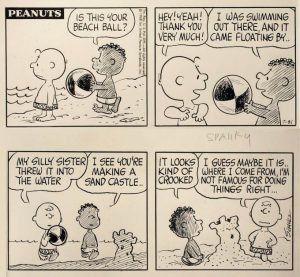 Be sure to come back at the end of next month for events from August 1968!