October is American Archives Month. Portland Public Library’s Portland Room and Archives is a rich resource for researching family genealogies, house histories, historical research of businesses and industries in Maine as well as other historical topics. Each week in October the Portland Room will feature some of the resources that can be used in researching these areas. 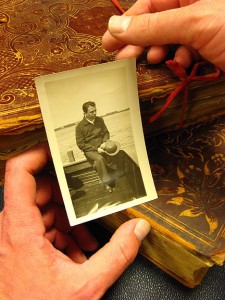 Genealogy Research: Interested in where you are in your family tree, or in those that came before you? In addition to the genealogical databases PPL subscribes to, such as Ancestry.com and Heritage Quest, we have vital records (records of birth, marriages, and deaths) on microfilm from pre-1892 – 1955. There are also some print versions of vital records for some individual Maine towns. Ancestry.com and Heritage Quest also have census records, which are invaluable for tracing family members back in time. Resources for passenger lists are also available through Ancestry.com, but the Portland Room also has some passenger lists in print format.

The Portland City Directories are also great resources for tracing your family. In addition to listing residents, the directories are searchable by street. Sometimes the date of death appears, and often the residents’ occupations and the location of where they worked is present.

There are also town and county histories as well as some published family histories in the Portland Room. We also have indices for the burial records at the Eastern and Western cemeteries.

A final favorite is searching obituary and death notices through the microfilmed copies of the Portland newspapers.

From census records and city directories to passenger lists and military records, Ancestry.com contains an abundance of information. Sometimes, though, that abundance can be overwhelming. The Ancestry.com Learning Center can help. Five-minute YouTube video tutorials offer help on topics such as using agricultural schedules to better understand ancestors who were farmers and finding clues in cemetery inscriptions. Free Research Guides provide guidance on conducting African American family research and offer tips on how to make sense of all the information contained in census records. There are dozens of these videos and guides available for you to peruse – one of them just might have the answer to a question that has been hounding you! 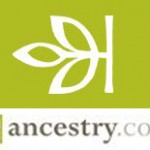 City directories provide a wealth of information that can help you with your family history research.  Published annually, they consist of alphabetical listings of residents, with their home address and, often, their occupation. Beginning in 1882 in Portland, Maine, they also include an alphabetical listing of streets along with the residents (heads of household) at each address.  The directories also list businesses, organizations, associations, the names and addresses of teachers, fire department officials, and various state, county, and city officials and administrators.

Here is a sample listing from 1920 and how to decode it:

Angus Amburg and his wife Annice lived at 152 Newbury Street. Angus worked as a stevedore. They might have had children, but there is no other Amburg listed with the same address, so it is unlikely there were any adult male children living with them at the time. (Here is where you would have to consult other sources, such as the 1920 Census, for example, to flesh out the picture.)

A few notes of caution:

*Women were not listed in early directories, unless the woman was widowed or owned her own business.

*They may contain spelling or transcription errors.  For example, the 1920 directory shows that Fabbio Ciconi lived at 8 Newbury Street. The address listing for 8 Newbury, however, lists a Tabbio Cicome. Same man? Probably, but as with any research, you will want to keep your critical senses sharp.

*Many streets in Portland were renumbered in the 1870s.

*And, finally, listen to the tone of exasperation in the introduction to the 1895 edition, written by the publishers:  “Our canvassers meet with many obstacles.  Addresses that are right to-day are wrong to-morrow, and persons fail to report changes when made after they have been visited.  Persons whose judgment should teach them the folly of such a course are careless about giving information…”

That said, there is still an abundance of information to be had from the Directories. Be prepared to spend some time, though – they can be strangely addictive!

The Portland Room has Portland City Directories from 1823 to the present (with some missing years), as well as a few Directories for the islands and surrounding towns.