What makes a movie Incredibly Strange? We’re not sure; not everything on the list strikes us as Incredibly Strange, but as a category, it sounds more tantalizing than, say, Sort of Strange, or Somewhat Quirky, does it not? Consider the limited appeal of a collection called Shocking When It Was First Released But Now Rather Tame, Maybe Even Quaint. No, Incredibly Strange covers a variety of oddities that may or may not be shocking but are certainly unlike anything you’ve ever seen before.

Unique. Unusual. Unconventional. How else to categorize a movie as bizarre as Harmony Korine’s Gummo, or as brilliantly peculiar as Don Coscarelli’s Bubba Ho-Tep? In your wildest Shark Week dreams, have you ever seen a movie more over-the-top than the Roger Corman-produced Sharktopus? Has the style of a movie ever matched its subject as perfectly as The Filth and the Fury, Julien Temple’s documentary about the Sex Pistols?

Trey Parker’s Cannibal! The Musical is in this category, along with multiple seasons of his South Park cartoon series. Fans of Mystery Science Theater 3000 will rejoice at the number of episodes in the collection, and let’s not even speculate as to how John Waters fans will react to the availability of his oeuvre. 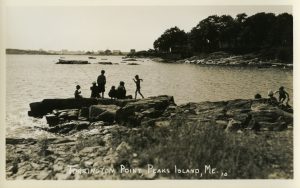 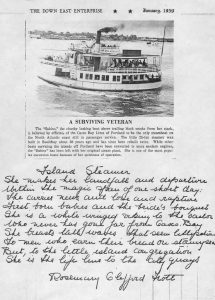 The collection comprises archival artifacts such as postcards, photographs, cemetery records, scrapbooks, periodicals, maps, reports, audiovisuals (including sound recordings and books by Ruth Sargent), and Peaks Island printed material spanning from the early 20th century- up to the present. More than 4,500 scans were made. 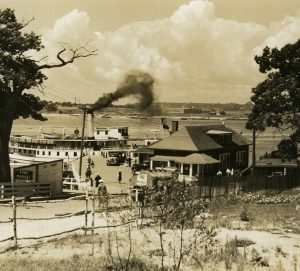 Above: An original photograph of Forest City Landing.
Below: Some examples of Peaks Island postcards. 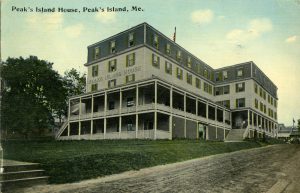 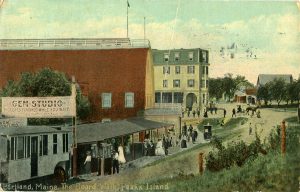 The collection’s Maps are found at this link. 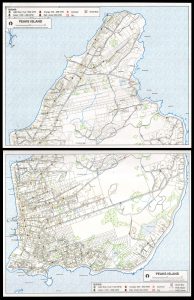 The collection’s array of Periodicals (newsletters and newspapers) are found at this link, including the complete run of the Island Times. 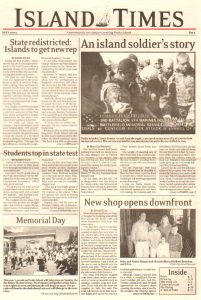 Processing (arrangement, description, archival rehousing), digital scanning, and web uploading was accomplished between October 2017 and January 2018, in the PPL’s Portland Room, by a production team consisting of Portland Room staff and Peaks Island volunteers. We are grateful for the supporting generosity of the Peaks Island Fund and the Casco Bay Islands Alliance in making this project possible. 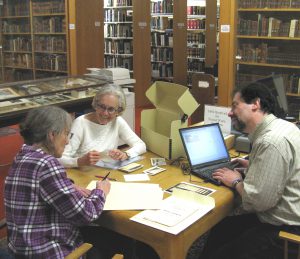 Nancy, Monica, and Abraham- processing the Peaks Island collection, and building the electronic Finding Aid, in the Portland Room. 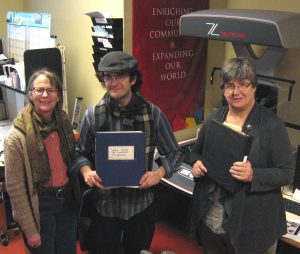 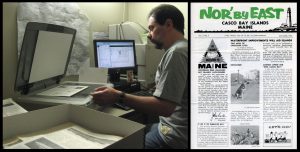 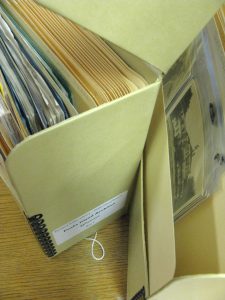 All the archival materials are processed and rehoused in preservation enclosures, as well as digitized.

During Portland Public Library’s first annual maker fair in 2015, Catherine Fisher, personal historian, asked attendees of the fair and fellow exhibitors to sit for a brief, recorded audio interview about making. Fourteen participants sat down in the gloriously noisy and jam-packed auditorium to talk about what they make, and why and how and where. These interviews are now available on PPL’s Digital Commons. Have a listen here as painters, poets, podcasters, and others engage in discussions about making. 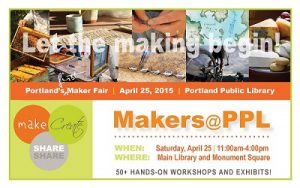