Saved Searches Advanced Search
UPDATE 3/24: DATE CHANGE: All Library locations are closed until Monday, April 27. As we receive new information, we will update you on our website and social media. Please hold onto all library materials as staff will not be in the building. There will be no overdue fees incurred during this time. See our COVID-19 information page for links to current health information. We encourage you to use our ebooks CloudLibrary or explore our many and varied eResources for all ages under the eLibrary tab. If you would like to open a temporary eResource library card, please email us at lending@portlib.org .
X

Today’s contributor is Sam Zager, MD, a family physician at Martin’s Point in Portland and a weekly volunteer in a Greater Portland Health high school-based clinic. In addition to his medical credentials, he has a master’s degree in Economic and Social History. He is currently reading Ron Chernow’s Alexander Hamilton. 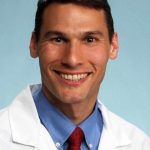 It is a privilege to join the celebration of Portland Public Library’s 150th anniversary!

Back in 1867, in the rebuilding time following the Great Fire, the city’s vision for the future featured a top-notch library; and we are the fortunate heirs. With excellent stewardship, PPL to this day offers lifetimes-worth of tangible texts, recordings, and images; it also is a point of access for digital information; it is a physical space for community meetings; it holds a wealth of Portland’s historical archives; it hosts English-language education for new Mainers; it serves as a venue for the arts; and it provides safe spaces for children, adolescents, and adults to seek truth, delight their sensibilities, and nourish their spirit. Plus, it does this all at no cost to patrons. Portland’s post-Civil War leaders intuitively understood that a public library is a core institution of a noteworthy community. I wonder, though, if they fully appreciated all that Portland Public Library could offer to the physical and emotional health of our city and its inhabitants.

The idea that public libraries matter for health is relatively new, and has roots in New England. In response to a proposal to close several public library branches in Boston in 2010, leaders came together from the city’s five medical schools, graduate schools in public policy and public health, several major hospitals, and primary and specialty care practices. One of these signatories had received the Nobel Peace Prize, and another had received the National Medal of Science. A joint statement by such a diverse group regarding a city-level proposal is quite rare. This panel of experts asserted for the first time in history that public libraries benefit individual and public health, and that closing libraries could contribute to illness or premature death.

How can public libraries matter for health? They cited two ways. First, public libraries are integral to education and literacy, both of which correlate with good health. Second, public libraries can enhance the social fabric of a community, which in turn, improves health outcomes. They based their statement on many peer-reviewed research articles from the medical, public health, and social science literature.

Between 2013 and 2015, our own public library system helped advance what the world knows about the intersection of public libraries and health. PPL collaborated in the world’s first direct and quantified study of health and public libraries. The Health and Libraries of Public Use Retrospective Study (HeLPURS), was published last year for an international audience in Health Information & Libraries Journal. HeLPURS documented for the first time a strong association between public library use and tobacco cessation. Smoking patrons who used their library cards at least a moderate amount, or within the previous six months, had over two-times higher odds of quitting smoking. There were similar findings for illicit drug use. These findings regarding substance abuse are highly pertinent in Maine, one of the most opioid-affected states in America. HeLPURS augmented the 2010 expert statement by adding evidence that public libraries may contribute to health far beyond their conventional role as gateways for health information.

As PPL looks ahead at the next 150 years, technology will change, but the fundamental biologic and social ingredients of health likely will remain the same. In recent years, we have started to demonstrate the role public libraries as institutions play in health. Further work could validate these preliminary findings and elaborate the details. Even at this early point, though, it seems that the safe, respectful, non-judgmental, and stimulating environment of a professionally staffed and well-resourced public library contributes to a healthy mind and body. 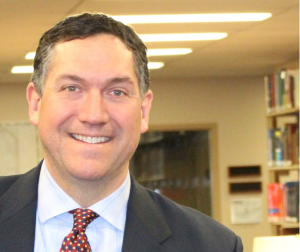 Today’s contributor, Jamie Ritter, was selected by the Maine Library Commission in December 2014 to serve as Maine State Librarian. He is currently reading Virtual Unreality by Charles Seife.

You are an incredible resource to your community and serve as a model public library in Maine and across the nation. Bravo!

For 45 years and counting, PPL has been a foundational partner of the Maine State Library in providing, at no charge, “access to quality library collections at accessible locations for all citizens regardless of economic means or accident of geographic location.”

This regional service is critical to all Mainers and enshrined in law. At its heart, it ensures “equal and free access to the state’s great literature collections and informational resources.”

The crux of Maine State Library’s ongoing partnership is our collaborative approach and significant sharing of resources as we serve both individual citizens and other libraries.

Such a partnership requires dedication and perseverance. It’s easy to collaborate and share resources when times are great, budgets are flush, and organizations are fully staffed. When times are more challenging, the test of the partnership relies on the core values we all hold dear: to do all we can do to ensure that free access to library materials remains uninhibited.

This requires trust –trust between us as partners, and the trust we build with our communities so they know we stand at the ready to make sure public libraries remain sacred places that cherish the values of free access, privacy, enlightenment, and intellectual freedom.

Portland Public Library embodies these values and so much more. It’s a special place, embedded in the heart of the greater Portland community. PPL welcomes all, serves as a place of pride for the community, and preserves the best of our democratic values.

Keep up the great work, Portland Public! We are so honored to be your partner in bringing essential library services to Maine people. May your next 150 years be as exciting and terrific as the first.

One of our best-loved locations is our Peaks Island Branch, and we are grateful to our partners in the Recreation Department for ways we collaborate in serving the community in both the library and community room spaces.

We want to share an updated timeline for the proposed renovation project so island residents and organizations can make their summer plans.

We now have approval from the State Fire Marshal’s office and have just received authorization from the City’s Planning Department. This means we can finalize the documents to put the project out to bid.

After discussions with City staff who know the bid climate, we have made the decision to proceed with the bid now, with an October 1st start date for construction. This positions us for the best bids and allows us to keep the Library and Community Center open for the summer months. In September, in order to begin pre-work on the site, we will move the Library to the Peaks Island Elementary School location and Recreation to St. Christopher’s Church.

We have received questions from the community about temporary restrooms during the construction. We want to assure everyone that there will be a set of temporary bathrooms during the closed period for islander use. We will have much more information on this as we get closer to the project.

We had hoped to have the approvals to get ahead of a summer start, but it appears that if we bid for an immediate start we are at risk of receiving fewer proposals and unfavorable bid pricing. The new timing will maximize our budget and also allow for easier construction logistics on the island outside of the heaviest tourist time.

Thank you for your constant support as we keep this exciting project moving forward. If you have questions about the Library’s plans, please do not hesitate to be in touch via email or by phone at 207-871-1700 ext. 755.