In the Greenwood District (also known as Black Wallstreet) of Tulsa, Oklahoma, Black 19-year-old, Dick Rowland, was accused of assaulting Sara Page, a white, 17-year-old elevator operator. While in custody, rumors spread throughout the city, that Rowland was to be lynched. While the mob of white men grew larger, a group of 75 Black men gathered to try and prevent the lynching. The sheriff, noticing the growing crowds, exclaimed that the situation was under control and asked the crowds to disperse and go home. While leaving, a white man tried to disarm of the Black men and somewhere within the melee, a shot was fired. At this point, all hell broke loose, and a gunfight ensued. At the end of the shootout, 10 white men and 2 Black men were killed. At the news of the deaths of the white men, white mobs began forming and then started rioting and looting in the Greenwood district. White men were being deputized by the sheriff and these men continued to riot and burn down black businesses. It is said that the National Guard flew over sections of the town, dropping firebombs onto buildings. The next day, June 1st at noon, the National Guard marched into the district and dispersed the mobs. Thousands of Black residents, now homeless, were marched into internment camps and held there for days without charges. Official reports cited that 68 people were dead due to the riots, only 2 of them white. The actual number of deaths could have been as high as 300, however the actual number may never be known. None of the insurance claims that were filed by Black residents were ever received causing even more economic devastation after the area was essentially leveled by fire. The current mayor of Tulsa has made it his mission to help search for mass graves, so that families may eventually find closure.

ONE HUNDRED years later, there are still MANY Americans who have never been told or taught about this tragedy.

On May 31 and June 1, 1921, in Tulsa, Oklahoma, mobs of white residents brutally attacked the African American community of Greenwood, colloquially known as “Black Wall Street,” in the deadliest racial massacre in U.S. history. Homes, businesses, and community structures including schools, churches, a hospital, and the library were looted and burned or otherwise destroyed. Exact statistics are unknown, but the violence left around 10,000 people homeless and as many as 300 people dead with many more missing and wounded. Collection of the Smithsonian National Museum of African American History and Culture, Gift of Cassandra P. Johnson Smith

Please click through the following links for more information on this often forgotten piece of American history.

Fire in Beulah (novel takes place during the massacre)

The Burning: Massacre, Destruction, and the Tulsa Race Riot of 1921

The case for reparations (This essay by Ta-Nehisi Coates in The Atlantic brought the spotlight back to the Tulsa Massacre in 2014 after years of history sweeping the matter under the rug. This link will bring you to the Maine Digital Library where you can read the full text of the article from anywhere in the state of Maine.)

Magic City (a fictionalized version of the massacre)

Across the Tracks: Remembering Greenwood, Black Wall Street, and the Tulsa Race Massacre

The Burning: Black Wall Street and the Tulsa Races Massacre of 1921

The Ground Breaking: An American City and its Search for Justice

Angel of Greenwood (YA novel)

In television or film:

Hate Crimes in the Heartland

From around the web:

They were told white men ‘wouldn’t realte to’ the Tulsa Race Massacre. Then came ‘Watchmen.’ 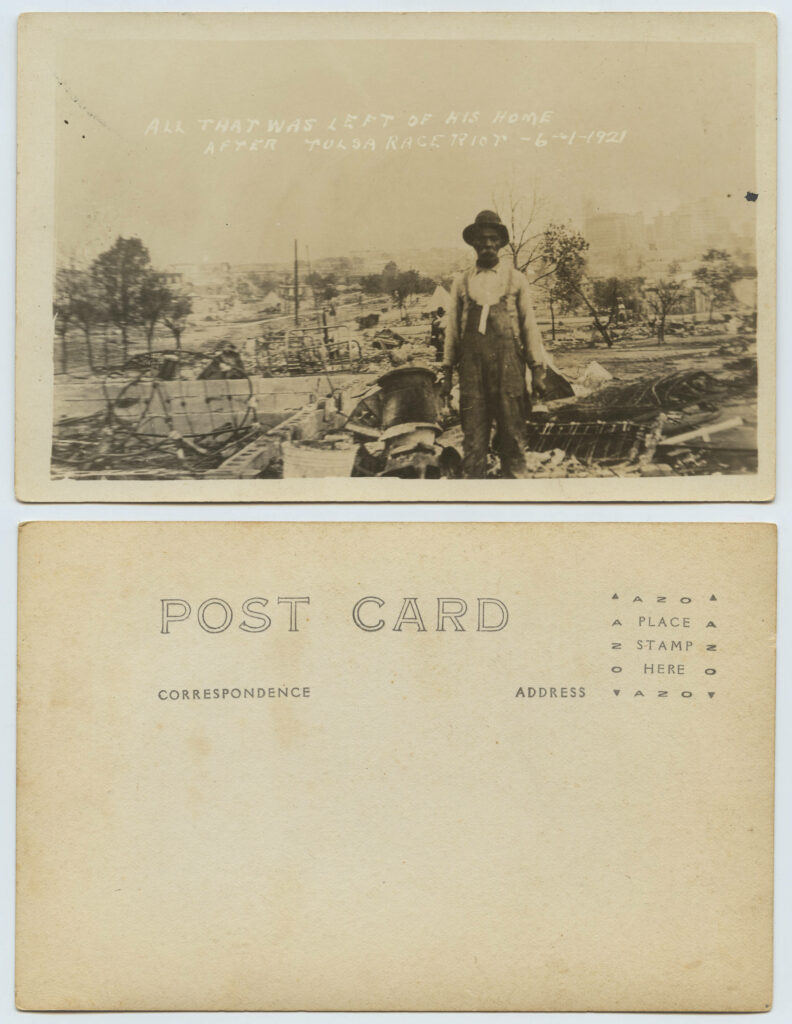