Join us for a special Literary Lunch with Severine von Tscharner Fleming and Gretchen Legler as they discuss their publications, Woodsqueer and The Greenhorns New Farmers Almanac, agrarian living and farming in a modern world. 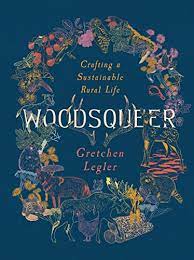 time. Gretchen Legler is no stranger to life away from the rapid-fire pace of the twenty-first century, which can often lead to a kind of stir-craziness. Woodsqueer chronicles her experiences intentionally focusing on not just making a living but making a life—in this case, an agrarian one more in tune with the earth on eighty acres in backwoods Maine.

Building a home with her partner, Ruth, on their farm means learning to live with solitude, endless trees, and the wild animals the couple come to welcome as family. Whether trying to outsmart their goats, calculating how much firewood they need for the winter, or bartering with neighbors for goods and services, they hone life skills brought with them (carpentry, tracking and hunting wild game) and other skills they learn along the way (animal husbandry, vegetable gardening, woodcutting).

Legler’s story is at times humbling and grueling, but it is also amusing. A homage to agrarian American life echoing the back-to-the-land movement popularized in the mid-twentieth century, Woodsqueer reminds us of the benefits of living close to the land. Legler unapologetically considers what we have lost in America, in less than a century—individually and collectively—as a result of our urban, mass-produced, technology-driven lifestyles.

Illustrated with rustic pen-and-ink illustrations, Woodsqueer shows the value of a solitary sojourn and both the pathway to and possibilities for making a sustainable, meaningful life on the land. The result, for Legler and her partner, is an evolution of their humanity as 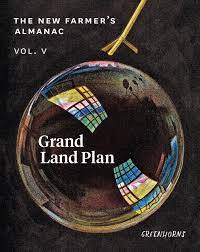 they become more physically, emotionally, and even spiritually connected to their land and each other in a complex ecosystem ruled by the changing seasons.

The New Farmer’s Almanac is a collection of articles written by new economists, working agrarians, poets, agri-philosophers, and activists — lovingly compiled by the Greenhorns editorial team. Each Almanac focuses on diverse and relevant issues in evolving agricultural technology, food systems, agroecology, politics, and innovations in sustainability. Published biennially, the New Farmer’s Almanac is a window into the undercurrents of agrarian thinking.

About the authors
Gretchen Legler is the author of On the Ice: An Intimate Portrait of Life at McMurdo Station, Antarctica and All The Powerful Invisible Things: A Sportswoman’s Notebook, which received two Pushcart Prizes (reissued by Trinity University Press). She is a professor of creative writing at the University of Maine at Farmington. She lives in Farmington with her partner, Ruth. 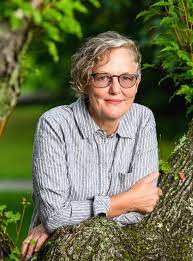 Since 2008 Severine has served as director of the grassroots young farmers cultural organization Greenhorns which produces a literary journal for working agrarians called the New Farmers Almanac.Greenhorns produce many kinds of publications, media, events and exhibits including a weekly radio show on Heritage Radio Network, a popular blog, a series of web-documentaries called www.OURLAND.tv, and a film festival called UP UP Farm! Greenhorns will soon open their 8,000 volume library for agrarian scholars. 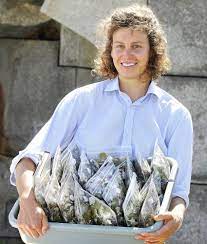 Since 2013 Severine has served as a founding board president of Agrarian Trust— an innovative national land-access advocacy organization working in the framework of the commons to raise the issue of land succession, support incoming and outgoing agrarians as well as other decisions makers on the land, and to build a national cooperatively owned farmland commons. Agrarian Trust hosts a series of national Symposia called OUR LAND.

She serves on the board of Schumacher Center for New Economics, the Advisory board of Savanna Institute, and as founding board secretary for Farm Hack (an open-source online and in-person community platform for farm-tools, software and hardware for sustainable farms) and it’s sister organization National Young Farmers Coalition. She attended Pomona College and University of California at Berkeley, where she graduated in 2008 with a B.S. in Conservation/AgroEcology.

Severine travels and speaks nationally and internationally on land access, food sovereignty, and the needs and vision of the incoming generation of farmers and ranchers. She is currently at work on a book about Land Reform.