Join us for a special Spotlight Lecture for Dear Maine: The Trials and Triumphs of Maine’s 21st Century Immigrants. 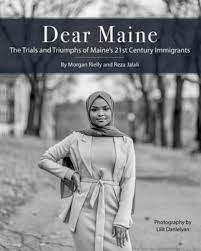 Reza Jalali, co-author of the book, and Phuc Tran who wrote the forward to the book will be in conversation.  Thanks to Space Gallery for their support of this event.

Dear Maine, written by Reza Jalali, a former refugee and executive director of the Greater Portland Immigrant Welcome Center, and Morgan Rielly, an author and state representative, recounts the trials and triumphs of twenty immigrants who have arrived in Maine over the past few decades. Dear Maine includes black and white photographic portraits by Lilit Danielyan. 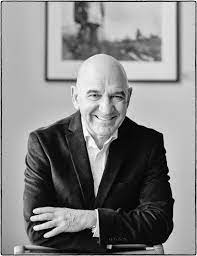 Reza Jalali is a writer, educator,  human rights activist, and current executive director of the Greater Portland Immigrant Welcome Center. He also serves on Amnesty International USA’s Board of Directors. He has taught at the University of Southern Maine and Bangor Theological Seminary, and advised Muslim students at Bowdoin and Bates College. Jalali was a contributing writer to Child Labor: A Global View. He also wrote Moon Watchers, a children’s book, and Homesick Mosque and Other Stories, a collection of short stories. 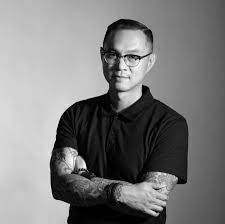 Phuc Tran has been a high school Latin teacher for more than twenty years while also simultaneously establishing himself as a highly sought-after tattooer in the Northeast. Tran graduated Bard College in 1995 with a BA in Classics and received the Callanan Classics Prize. He taught Latin, Greek, and Sanskrit in New York at the Collegiate School and was an instructor at Brooklyn College’s Summer Latin Institute. Most recently, he taught Latin, Greek, and German at the Waynflete School in Portland, Maine.

His 2012 TEDx talk “Grammar, Identity, and the Dark Side of the Subjunctive” was featured on NPR’s Ted Radio Hour. He has also been an occasional guest on Maine Public Radio, discussing grammar; the Classics; and Strunk and White’s legacy. He currently tattoos at and owns Tsunami Tattoo in Portland, Maine, where he lives with his family. Phuc is the author of the memoir, Sigh, Gone.