“Printed in Portland” exhibit in the Portland Room 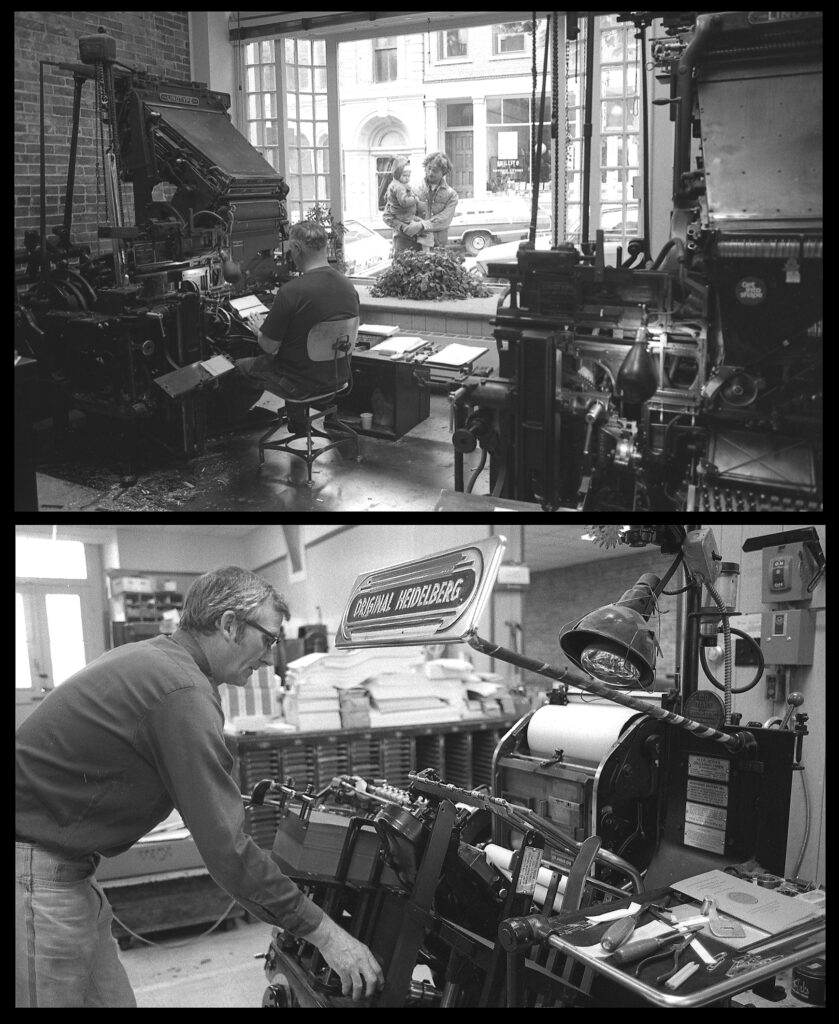 Printed in Portland is our new exhibit in the Portland Room, accentuating our city’s printing presses through our Library Special Collections.

Featured examples are printed and bound items, photographs, billheads, and tools that were used in the local trade. 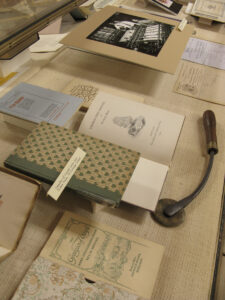 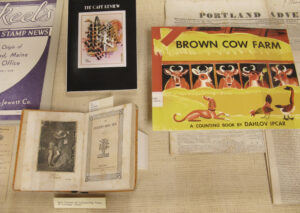 Maybe some of you are stamp collectors?
Mekeel’s, which took flight here on Portland’s Temple Street (and later on Milk Street), still in business, is America’s oldest philatelic periodical. You can read more about Mekeel’s at our Digital Commons site. 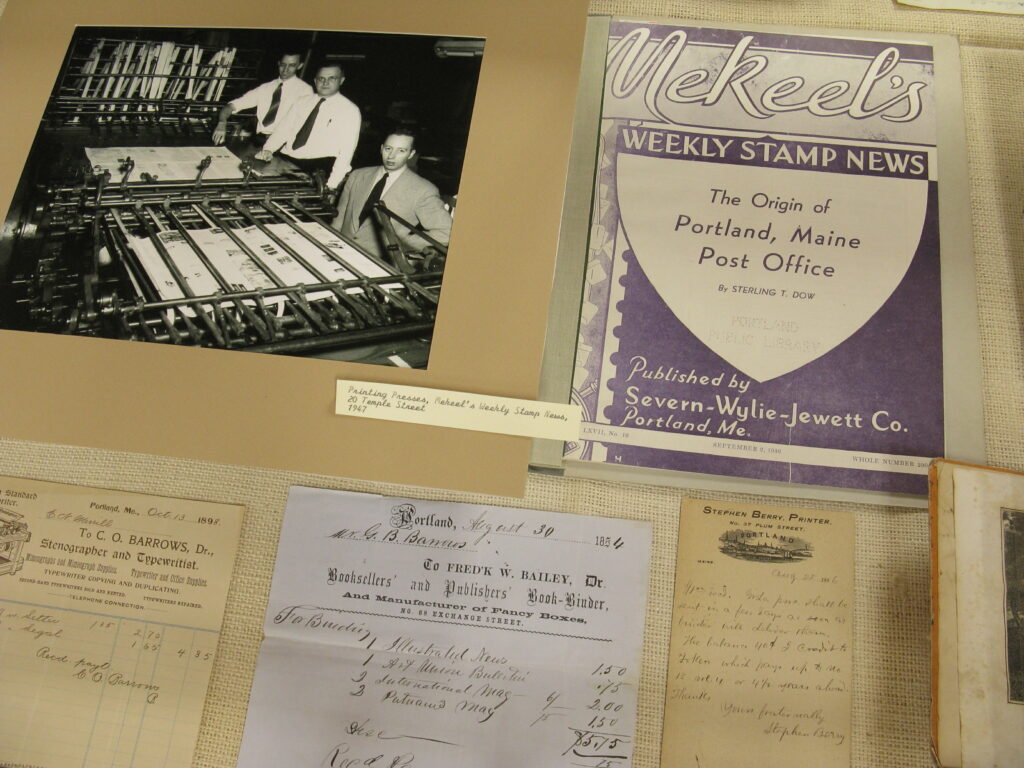 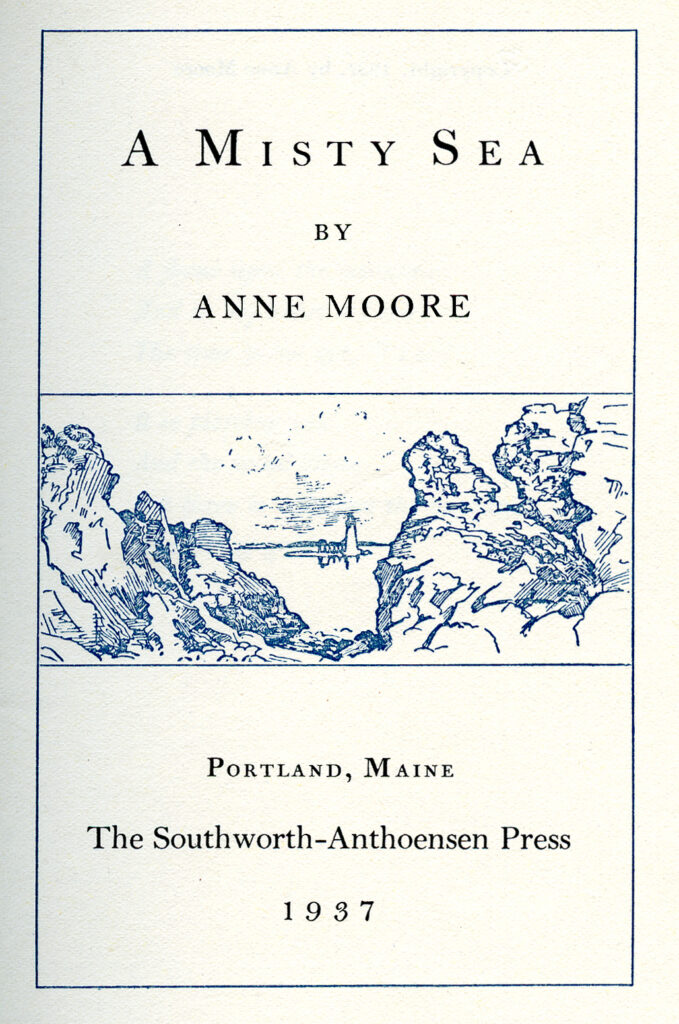 Below: A Mosher Press imprint, with foreword by Maine’s Rufus Jones 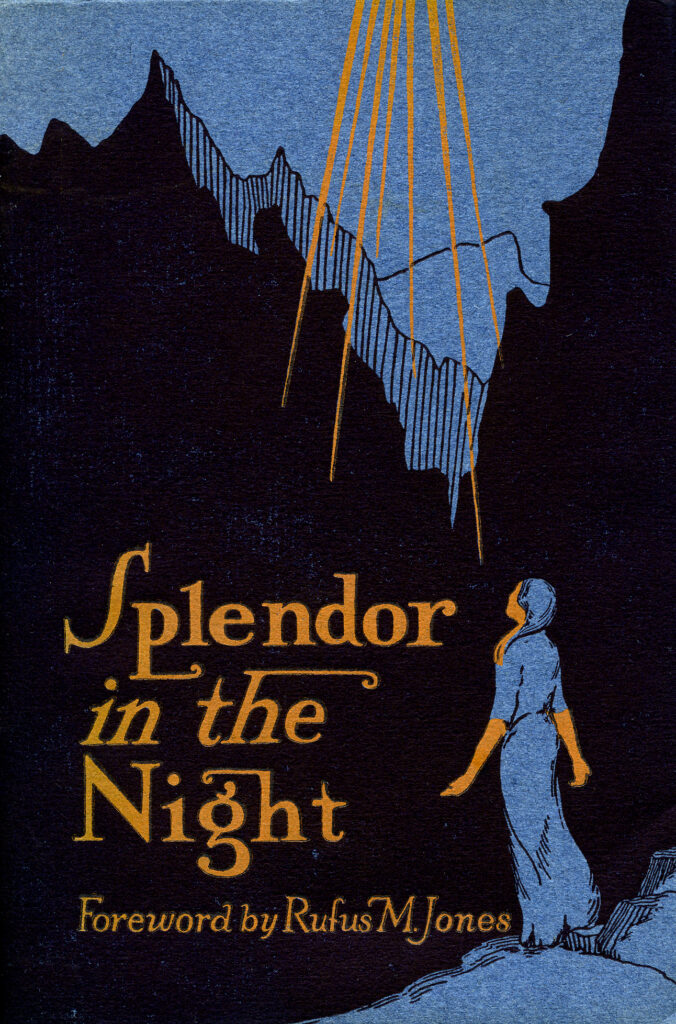 Below: From our Archives: Anthoensen Press in 1981, 37 Exchange Street 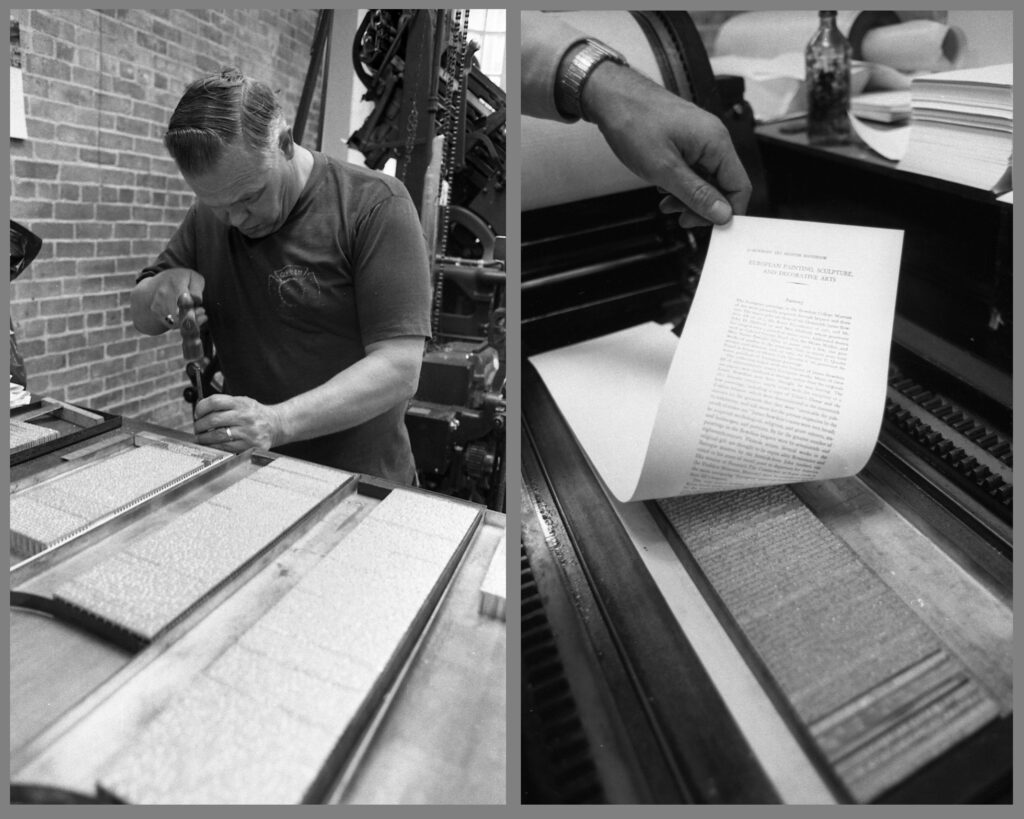 You’re welcome to stop by the Portland Room, and you may contact us at portlandroom@portlib.org 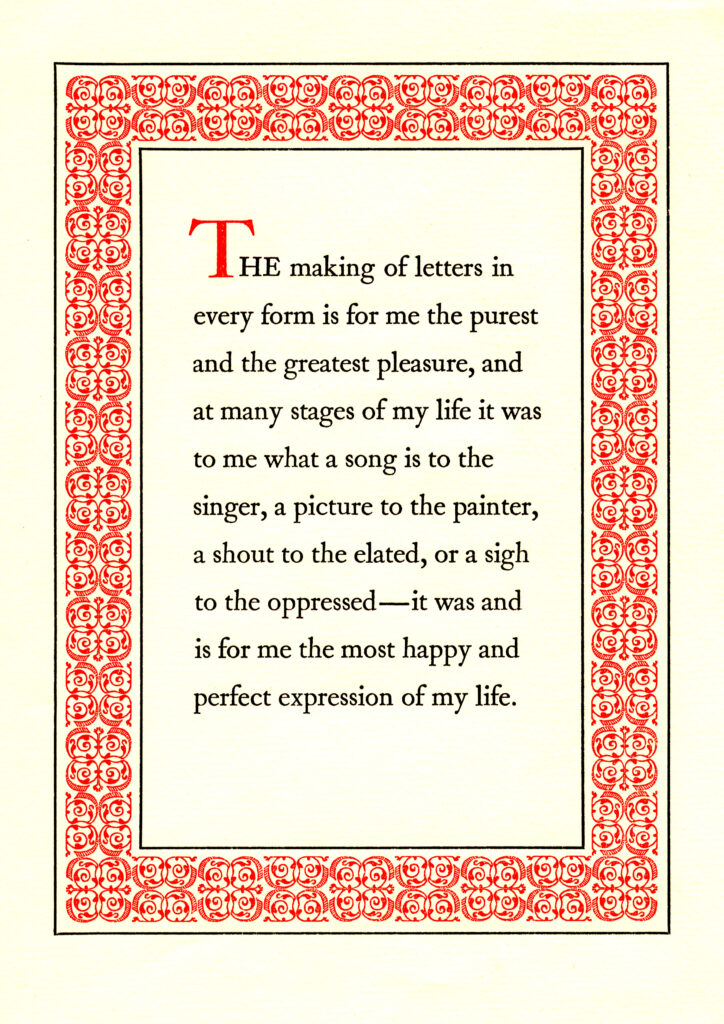 (Above: Printed keepsake made by Anthoensen Press.
The quoted author was typographer and calligrapher Rudolf Koch {1876-1934})

Indeed, we have been keeping alive and promoting the local traditions of bookbinding and calligraphy through the years, in harmony with our historic collections: 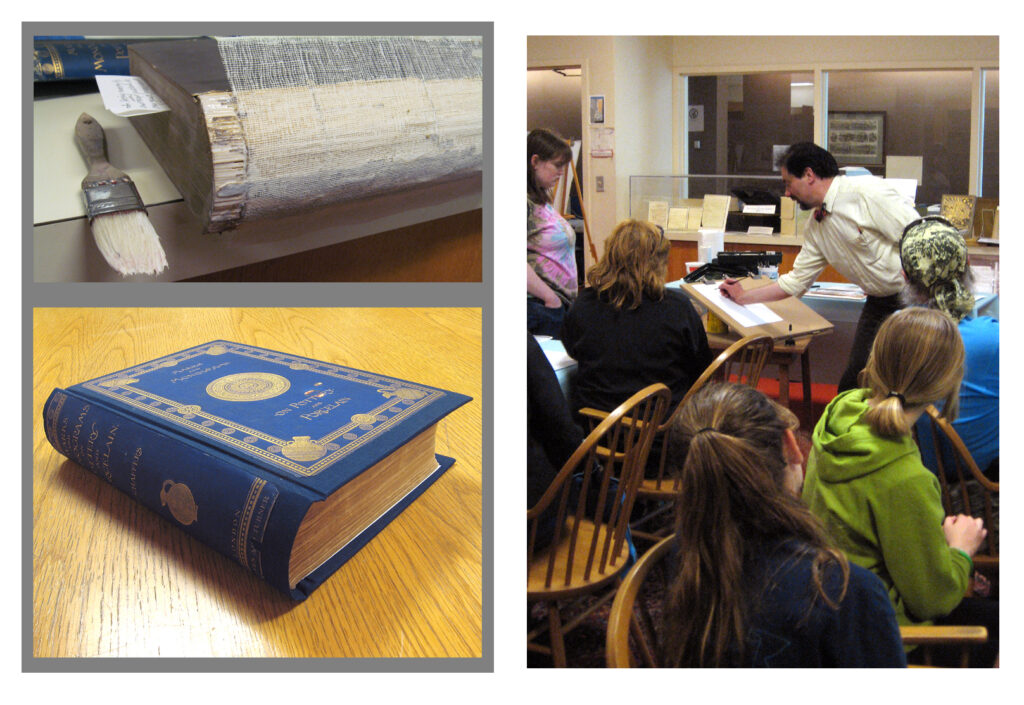