TEEN LIBRARY ARTWORK HAS US LOOKING UP

If our Teen Library feels extra larger-than-life lately, you can credit the lofty creative talents of Teen Library Intern and Portland High School sophomore Rylee Knight—also known as the Captain of Colors! 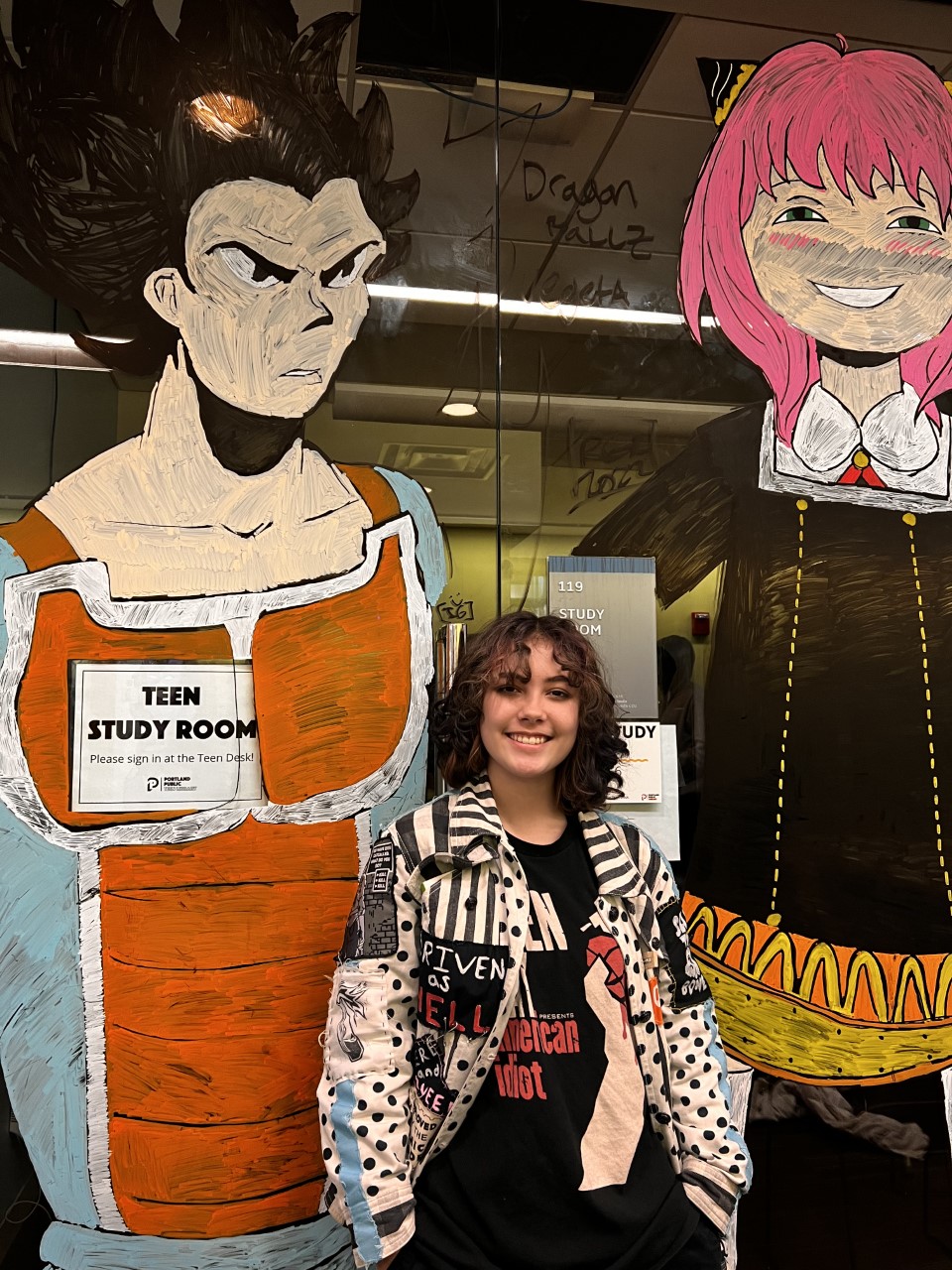 Teen artist Rylee Knight, wearing their own handmade jacket, poses in front of two of several characters they have painted in the Teen Library.

Indefinitely, the space has been transformed into a vibrant art exhibit featuring a selection of gigantesque comic book and Manga characters painted on the glass doors.

For those who might not be familiar, Manga is defined as comics or graphic novels originating from Japan featuring characters characterized by often having “big, expressive eyes to help to convey the characters’ emotions in a powerful way”. According to Wikipedia, “the medium includes works in a broad range of genres: action, adventure, business and commerce, comedy, detective, drama, historical, horror, mystery, romance, erotica, science fiction, and fantasy, sports and games, and suspense, among others.” In other words, there is truly something for everyone!

On the staff office door you’ll find Teen Librarian Sara Fiorenza’s favorite character, DC Comic’s Star Sapphire, “whose superpowers allow her to form solid constructs from energy including shields, force beams, and a full-body field that enables her to fly and travel through deep space”…not so unlike the magical and inspirational literary powers of our Teen Librarians! 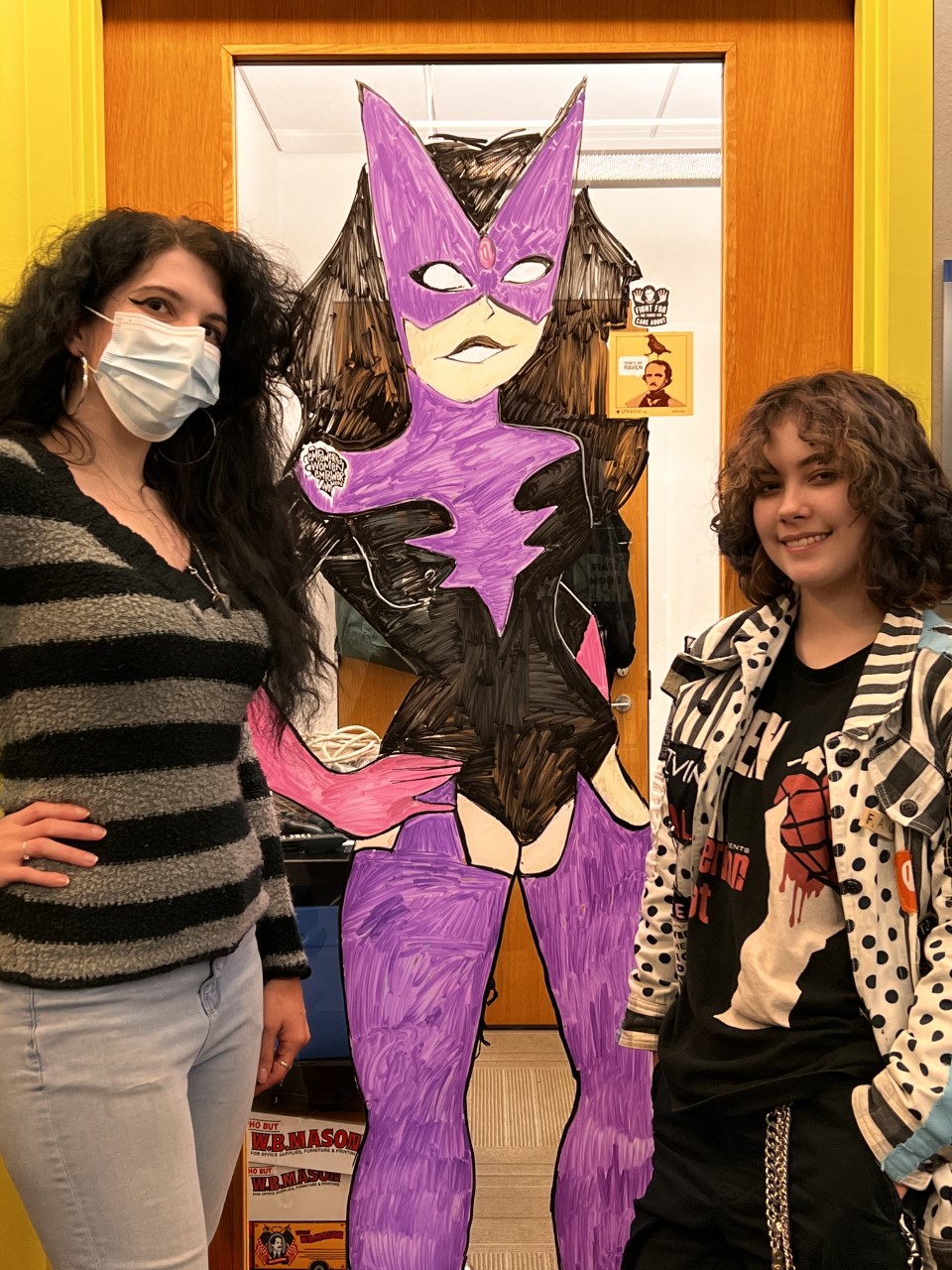 Rylee has their creative goals set on a future career as a comic book illustrator at DC Comics. In addition to their ability to create large-scale murals, they are a skilled seamstress – an art they learned from their grandmother. Creating their own clothes to highlight their personality and style has inspired Rylee to pass on this skill to others including leading workshops at the Teen Library where participants learn a variety of stitches.

If you would like to explore the Manga genre, check out the newest graphics at PPL Teen including LGBTQ Teen Reads Graphic Reads and Manga.  For a deeper dive, the Teen Library has books, movies, and games for teens to borrow and take home. The cloudLibrary app offers the latest eBooks and audiobooks to borrow for free on your phone or tablet. The Comics Plus app lets you read a variety of comics for free!

Need even more suggestions? We invite you to Ask a Librarian.